Opinion   Columnists  31 May 2020  Waqyanawis | Coronavirus, the magic bullet against Hindu-Muslim discord in UP?
Opinion, Columnists

In Uttar Pradesh, the Muslim clergy is rubbing its eyes in disbelief at the way chief minister Yogi Adityanath has started behaving 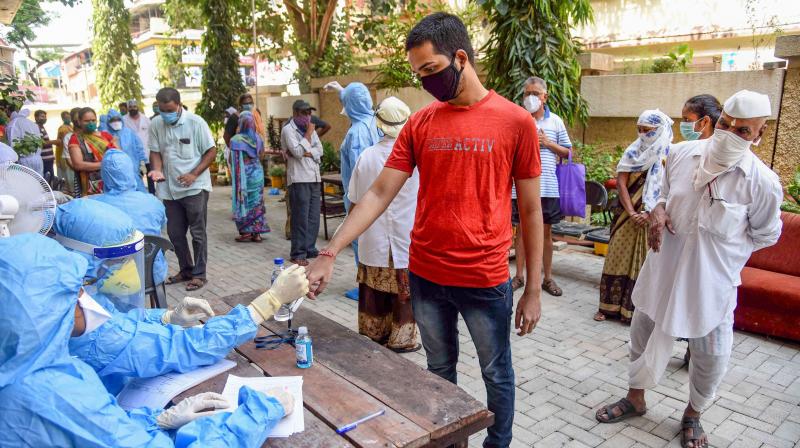 During the anti-CAA stir, the Yogi administration was seen by Muslims as rather suppressive and occasionally high-handed. PTI Photo

The coronavirus pandemic is showing the many sides of various politicians. In Uttar Pradesh, the Muslim clergy is rubbing its eyes in disbelief at the way chief minister Yogi Adityanath has started behaving. Apparently, a day after Eid, he personally called up some Muslim notables complimenting them on the way Eid prayers were offered throughout the sprawling state without any major violation of lockdown or of social distancing norms. Yogi reportedly promised to visit some Muslim centres, too. During the anti-CAA stir, the Yogi administration was seen by Muslims as rather suppressive and occasionally high-handed.

The cabinet expansion in the Shivraj Singh Chouhan ministry seems jinxed. Mr Chouhan, under pressure from Jyotiraditya Scindia camp followers, wants to expand his council of ministers to accommodate those who had defected from the Congress. But each time Mr Chouhan contemplates something, the coronavirus scare prevents him from going ahead. This week, when everything appeared fine and final, six employees at Bhopal’s Raj Bhawan tested Covid-19 positive, converting the venue of the swearing-in into a red, containment zone. Mr Chouhan has reason to worry as the Rajya Sabha polls are slated to be held in the state, and Assembly by-elections to 24 seats are due.

There is a build-up of doubt regarding the longevity of Uddhav Thackeray-led coalition government in Maharashtra. Well-placed sources think it is a creation of former state BJP chief minister Devender Fadnavis who is wary of the overtures made by rivals such as Narayan Rane. Delhi — the euphemism for Prime Minister Narendra Modi and Union Home minister Amit Shah combine — does not seem to be interested in toppling the Thackeray ministry.

The late Ajit Jogi was a pragmatic politician. The former Chhattisgarh chief minister used to make full use of his satnami harijan, tribal and Christian credentials as per the political situation he faced. His tribal record was legally contested, as was his acceptance of Christian faith, which remained hazy in the public domain. Once a Muslim Congress politician was given charge of the state where Mr Jogi was a stakeholder. The bureaucrat-turned-politician would seek help pointing that he was ‘ahle-kitab’ [follower of the same book(s)]. Mr Jogi’s exit from the Congress and fallout with the Nehru-Gandhi families remains mired in mystery. According to some in the know of things, the Gandhis and Mr Jogi fell out over the (in)famous Balco deal. P. Chidambaram is said to have briefed 10 Janpath in such a manner that no church or Christianity came to his rescue.

Central government employees and retired officials are deeply exercised over the denial of dearness allowance till July 2021. The Central government has suspended DA in view of the coronavirus pandemic, but babus have their own issues. DA matters a lot to those on verge of retirement as their pension is fixed as per salary and DA structure at the time of retirement. This fixing of pension has financial repercussion on a retiring official's finance for the remainder of his/her life. There are thousands who retire virtually every month at all levels at the Centre and in the states.