Sanjay Kumar | Reviving Congress will be a very difficult task 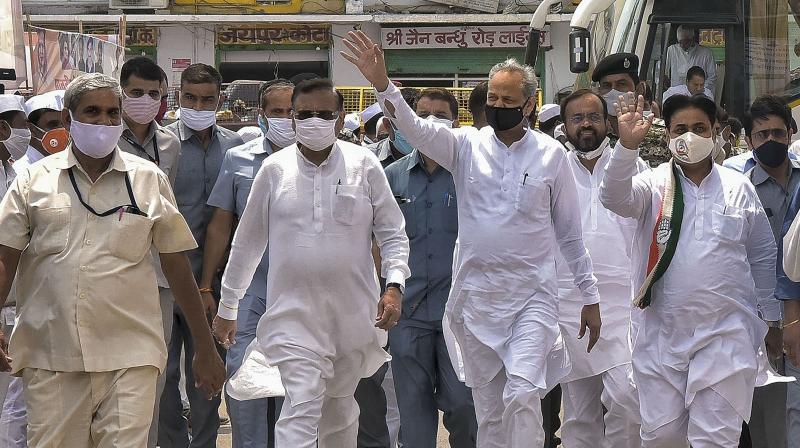 In a long political journey, political parties may win and lose elections, face ups and downs, but the crisis which the Congress Party is facing at the moment is much deeper than merely dissatisfaction, defection, dissertation and factional infighting.

The way political events that have unfolded within the Congress during the last few years are clear signals of a grave crisis that the party may find it extremely hard to overcome.

The Congress has not only lost two Lok Sabha and many state Assembly elections one after another, it has also not been able to hold on to power even in the states where it managed to form a government or emerged as the single largest party in the Assembly. It remains in power only in a handful of states either on its own or in alliance with regional parties.

The Congress has been extremely marginalised in states where it has not been in power for some time, and its voteshare declined to single digits. In states where the Congress lost power in recent Assembly elections, it trailed behind the winner by a big margin of votes.

The Congress is out of power at the Centre and will remain out of power at least till 2024. It has lost elections in many states and is currently in power only in three states -- Chhattisgarh, Punjab and Rajasthan, and is a coalition partner in the governments of Jharkhand, Maharashtra and Puducherry.

While that count might suggest that the Congress is sharing power in at least six states, some of them count for very little in national politics in terms of the number of members they send to Parliament.

Not only has the Congress lost many elections, it has even failed to hold on to power in the states where it formed the government. Defections have posed a huge challenge for the Congress in recent times.

In Manipur, the defection of Congress MLAs enabled the BJP to form government in the state. The Congress should have been in power in these states in an ideal situation, if the party had not faced defections.

The Congress also suffered a setback as many leaders either defected to other parties or left the party.

The young leader from Haryana, Ashok Tanwar, left the party before the Assembly election, while spokesperson Sanjay Jha was recently suspended from the party.

The recent defections and desertion from the Congress is mainly in the states where Congress has some stakes, but that does not indicate that all is well with the party in the remaining states.

The party is lying very low in many states and it would be a herculean task for it to revive again. In Bihar, the Congress has been completely marginalised and its voteshare has fallen below 10 per cent in several elections during the last couple of decades: it was 6.7 per cent during the 2015 Assembly elections.

In Uttar Pradesh, the state which sends the largest number of MPs to the Lok Sabha, the Congress has been pushed to fourth position, with just 6.2 per cent votes during the 2017 election. In Jharkhand, though it is a coalition partner in the Hemant Soren-led UPA government, its voteshare is a low 13.8 per cent.

When the India Gandhi-led Congress was decisively defeated in the 1977 Lok Sabha polls, the southern states had remained with the party, but now the Congress seems to have completely collapsed in the South.

Though the Congress remains the single largest party in terms of voteshare in Karnataka, the BJP has made heavy inroads.

In Kerala, in the sea-saw change of government, the Congress-led UDF has been alternating with the CPI(M)-led LDF every five years, but the Congress is heavily dependent on the Muslim League in the state.

There are other states where the Congress still has a sizeable support base – Assam, Gujarat, Haryana, Odisha -- but it is far behind the winner.

In Manipur, Meghalaya and Mizoram, the Congress may have a decent voteshare, but not enough to hold power. The mass defections in Arunachal Pradesh led to it losing power to the BJP, while in Manipur the defection of one Congress MLA enabled the BJP to form the government.