A growing problem: Moral harassment at the workplace

Between 2008-09, 19 employees took their own lives, 12 attempted suicide, and eight were diagnosed with severe depression. 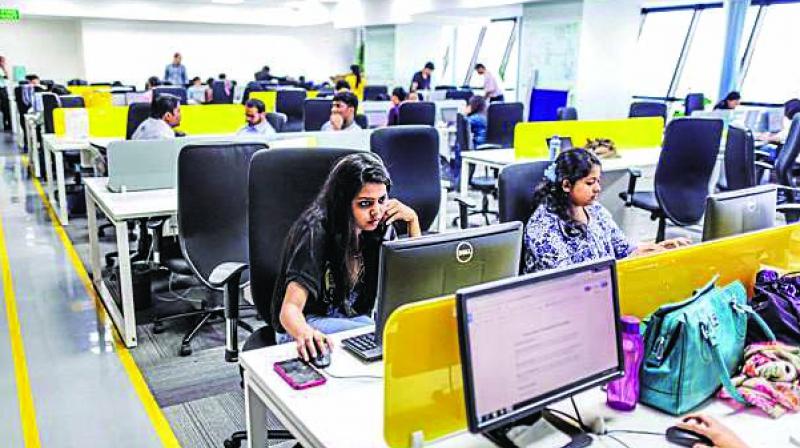 The employees’ suicides and the follow-ups kept France and the global corporate sector on tenterhooks for a decade. (Representational Image)

The recent verdict by a French court on the “moral harassment” of employees has set a major precedent in an era of turbulent global economic liberalisation. While the criminal trial against France Télécom exposes tactics of corporate culture — merciless downsizing leading to workers’ suicides — the verdict reveals the strength and role of trade unions in holding corporations accountable.

Cynics might ask what a First World dispute between managerial staff and employers has to do with most developing countries, where the managerial cadre is largely deprived of the basic right to form a union, where trade unionism is no more than a weak whimper and labour disputes take years to decide. Well, it gives us hope — an increasingly rare commodity these days — that the verdict might make corporations across the globe rethink “corporate social responsibility”. Suicides due to workplace stress have increased sharply in developed countries such as the United States, Japan and Australia in the past two decades. Earlier this year, 189 cases of attempted suicides and other stress-related health issues of Amazon warehouse employees came to light. In Japan, such suicides have a specific term — “karojisatsu”, or suicide from overwork. Workplaces are getting cruel and unjust day by day, and this phenomenon cut across class: highly skilled, educated and professional workforces are also facing the consequences of unbridled corporate greed.

France Télécom, once a state monopoly, got rid of 22,000 workers in three years when it was privatised, restructured and rebranded as Orange in 2006. Between 2008-09, 19 employees took their own lives, 12 attempted suicide, and eight were diagnosed with severe depression. The employees’ suicides and the follow-ups kept France and the global corporate sector on tenterhooks for a decade. The trial, which began in May 2019, lasted just two months. However, the process leading to the trial took 10 years and involved the probing of harassment claims at France Télécom SA in 2010 by the prosecutor’s office, the labour inspectorate’s inquiries into cases, a stress-monitoring survey of the employees, a judicial investigation into the restructuring programme of the company, and filing of the cases by trade unions on behalf of the victims’ families. As public servants, the employees at France Télécom could not be fired so the management adopted a strategy to “encourage” them to leave. The senior management established a “system of institutional harassment” by creating an atmosphere of anxiety through transfers to faraway cities, setting unachievable goals, tracking employees’ movements and psychological bullying. The court was told that the CEO said he would “get them out one way or another — through the door or through the window”. The former CEO and two senior executives were given one-year sentences plus fines; four other executives charged with complicity were also punished. Moral harassment is a crime in French labour law and defined as “repeated acts having as their object or effect a deterioration of an employee’s working conditions”. Those found guilty of moral harassment can face one year of prison and fines. In addition to a robust body of laws to protect employees, France’s trade unions are strong and well-known for using strikes and protests. Though union density in France is low (11 per cent in 2016) compared to other European countries, their strength comes from the statutory powers their representatives enjoy as joint managers along with employers in work councils in firms with more than 50 staff members.

So, the question is: why are workers not treated with dignity and respect despite relatively better labour laws and strong presence of unions in developed countries? There are many reasons. For instance, small French firms often choose to hire no more than 49 employees in order to avoid work councils. And where work councils exist, consultations are not always productive. But coming down to the brass tacks, it is the greedy tactics used by corporations that chip away at workers’ status. The difference is that the workforce in the West is educated, skilled, informed, laced with the know-how of institutional mechanisms and able to fight back. They do fight back even if they do not win. Like French trade unions are doing just now: fighting President Macron’s plan for a single points-based pension system which would eliminate separate schemes that offer early retirement for public-sector workers.

There is little difference between the management style of France Télécom SA of 2009 — bent upon pushing the workers out by hook or by crook — and the “seth mentality” of owners-employers that pervades in many of our industries, as well as the façade of corporate social responsibility and corporate codes of conduct put up by multinationals here.