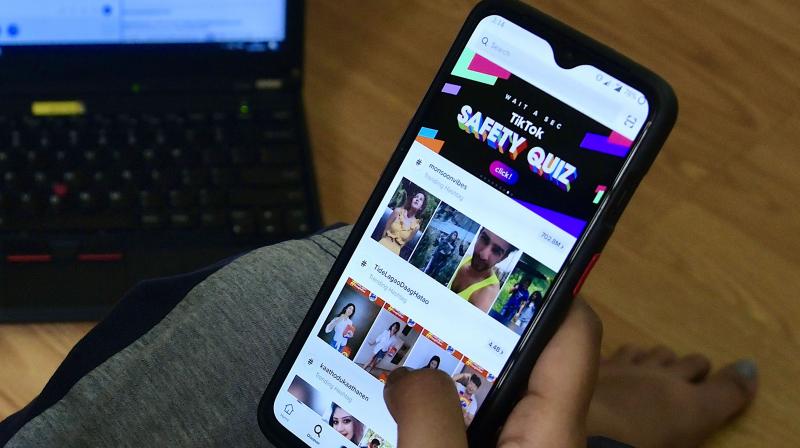 While the ban does damage growth prospects of a company like TikTok, though hardly fatally, losing a quarterly revenue of Rs 25 crore in India (approx. $3.31 million) hardly dents it much. PTI Photo

In a headline grabbing decision, the Narendra Modi-led Central government banned 59 Chinese apps on Monday, including the hugely popular TikTok; ostensibly as a punitive response to the unprovoked and unethical Chinese intrusion and unilateral barbarism in Ladakh.

Superficially, the decision hit its mark and had impact for optics.

TikTok, owned by Bytedance, with an estimated 120 million users in India, in trying to protect its biggest international market, denied sharing Indian users’ data with the Chinese government. Officially, China, through its foreign ministry spokesman Zhao Lijian, said it was “concerned” about India’s decision to ban Chinese mobile apps, arguing India has a “responsibility to uphold the rights” of Chinese businesses.

Amongst a section of the citizens too, it caused euphoria because it reiterated both Mr Modi’s tough leader image who would brook no nonsense, and felt like an opening gambit of a well-planned sage to boycott China economically and hurt it financially.

While the ban does damage growth prospects of a company like TikTok, though hardly fatally, losing a quarterly revenue of Rs 25 crore in India (approx. $3.31 million) hardly dents it much, given its American revenues of $86.5 million and a gross of $331 million from its domestic market in China, it is no more than a swat of a fly on the back of the world’s second largest economy.

If this move was indeed a retaliation against China for its military transgression, it is woefully inadequate. It is no digital equivalent of a surgical strike aka Balakot or Uri. That is the crux of this challenge, the realisation that China is not a Pakistan.

In fact, a total of trade with China as part of a policy boycott will hurt Indian economy too, perhaps more.

A strong reprisal from the dragon on withdrawal of its foreign direct investments at around $26 billion currently, may not mean much to India either — this accounts for a mere 0.51 per cent of total FDI into Indian companies, but in the technology sector, can cause a deep impact, because Chinese directly invested for strategic depth, and now have a major stake in 18 of top 30 Indian unicorns, despite the total investments being only $4 billion.

These include Big Basket, Byju’s, Delhivery, Dream 11, Flipkart, Hike, MakeMyTrip, Ola, Oyo, Paytm, Paytm Mall, PolicyBazzar, Quikr, Rivigo, Snapdeal, Swiggy, Uddan and Zomato — several of these have huge employee and trade partner base. China holds disproportionate stake in India’s tech startup ecosystem and could use it against us.

There are hidden investments, where China routes investments through third-party countries, such as Singapore, whose impact analysis will be more complex.

Even more crucial is the need for Indian companies using Chinese manufactured items across domains and sectors — pharma, power sector, automobile, telecom, electronics, infrastructure — where an Indo-China trade war can have cascading and rippling effect of enormous negative impact on us more than them.

If it has not hurt China, then the government move has sadly been inadequate and while it grabbed a long hanging fruit of playing to its core voter base, has let down the country which hoped the move of the government would be as strong, valiant and swift as our brave Army gave to the uninvited and hostile guests from the across the Himalayan border.