As CDS, Gen. Rawat will remain a four-star general, just like the three service chiefs. 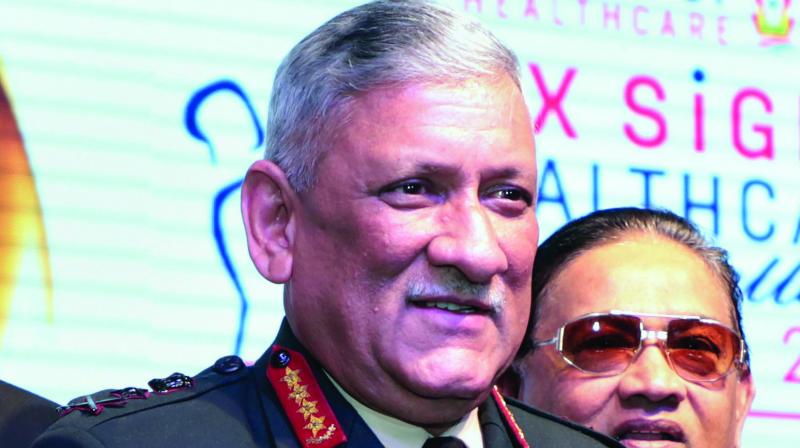 Insufficient conceptual cogency seems to mark the appointment of retiring Army Chief Gen. Bipin Rawat as the country’s first Chief of Defence Staff (CDS). The announcement, made hours before the general retired on December 31, gives the impression the government was just very keen to rush through the appointment in order to have Gen. Rawat fill the post. The rushed job shows.

It is hard to see how the position of CDS, as conceived at present, can leave any meaningful impact on the armed forces’ operational effectiveness and bring about synergy and “jointness” — the expression favoured by CDS votaries  after the Kargil Review Committee made the recommendation for instituting the position. On the other hand, the way things are, a vexatious new layer will be added to the military bureaucracy.

As CDS, Gen. Rawat will remain a four-star general, just like the three service chiefs. He will be one of the four advisers to the defence minister, along with the three chiefs. Unlike them, however, he will have no force to command. Meanwhile, at the legal level, it is the defence secretary who is charged with the defence of the nation.

The CDS will not be in any position of leverage though he will head the newly-created department of military affairs in the defence ministry. This can potentially be a cause of friction as the CDS shall have no powers with which to influence budgetary appropriations for the armed forces, or determine distribution of the revenue or capital budget between the three services. In short, the CDS becomes something like a consultant — a toothless tiger. His effectiveness or lack of it will depend on his personal equation with the Prime Minister.

When it was discovered the Pakistanis had intruded fairly deep into our territory (and thanks to local herders in the Kargil area, and not our military or intelligence), catching the Atal Behari Vajpayee government by surprise, it took enormous will and courage on the part of our soldiers to push the enemy back. The Kargil Review Committee made several recommendations for reform, including in the field of intelligence and border management. A CDS was recommended to coordinate the efforts of the armed forces — especially in logistics, communications and training. In the initial phase, gaps had been noticed between the Army and IAF.

Two decades on, a CDS has been announced. To achieve inter-services coordination, an Integrated Defence Staff, which may now be made the CDS's secretariat, was created. It’s not clear what the need for a CDS was.

The Americans and some European powers have a CDS, a relatively recent innovation. But these nations have tri-services commands divided into theatres, spread across practically the whole globe. Their CDS is a five-star general and is a higher authority than the service chiefs. The Indian armed forces, in contrast, is sub-continental, defensive in nature, and has a very small budget. The CDS becomes nothing more than a vanity position in the circumstances.