However, two sins of the budget — one of commission and the other of omission — have struck that jarring note 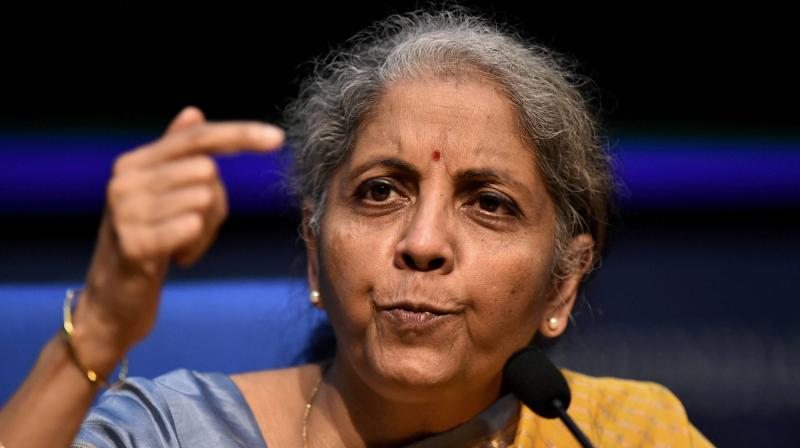 The government says it has aimed making India a $5 trillion economy by 2025. That cannot happen based only on the performance of the biggies. It will be unwise on the part of the government to put all its eggs in the trickle-down theory basket and ignore the small players. (Photo:PTI)

The larger message the 2021-22 budget finance minister Nirmala Sitharaman presented on Monday is that the government is eying big investment that will create jobs and bring in prosperity. It expects the V-shaped recovery the pandemic-hit economy is expected to record will provide for the huge borrowing and the resultant fiscal deficit. It’s a gamble the government has taken. A tough one, at that, in these times, and the finance minister cannot be faulted for it.

However, two “sins” of the budget — one of commission and the other of omission — have struck that jarring note. The first is the huge allocation of funds to create infrastructure in four poll-bound states. Tamil Nadu gets RS 1.03 lakh crore for national highways in the state while the neighbouring Kerala’s allocation for a similar purpose is RS 65,000. West Bengal, another state that will have Assembly elections in April-May this year, gets RS 25,000 crores while Assam has been sanctioned funds for 1,300 km highways. Some of the projects to be undertaken with this money are already in the pipeline and it could be timely for the Centre to enter with the money bag. But the obvious message it sends out to the voters is that there is a benevolent ruler sitting up there to shower favours is unfair and undemocratic. This is not the first time that the NDA government picks states for such largesse: Bihar was promised a special package running into lakhs of crores when it went to polls in 2015 but parties there complained later that it never materialised. It will be for the newly-elected chief ministers of these states to pursue on the budgetary promises lest they will be made answerable by their own people.

The act of omission is with regard to the micro, small and medium enterprises (MSMEs). While the government was keen on the recovery of the large industries, the segment which roughly contributes 30 per cent of the country’s GDP and employs about 11 crore people got a short shrift with an allocation of a mere RS 15,700 crore. The pandemic has killed 1.5 lakh  people in India last year but many times that number of MSME units died in the period or are in a critical stage, and rendered crores of people jobless. The government has through its five packages tried to extend a financial lifeline to them but the people who represent the industry have a different story to tell. According to them, only 55 lakh of the roughly seven crore units — less than 10 per cent — have been able to avail the sops. This means that a lot many of them will return to life only if the government made a determined effort to do so.

The government says it has aimed making India a $5 trillion economy by 2025. That cannot happen based only on the performance of the biggies. It will be unwise on the part of the government to put all its eggs in the trickle-down theory basket and ignore the small players. The government must do a rethink on its approach towards the sector.