A step towards sexual equality

As a democratic society, India also has to look back to see what little progress has been made with regard to gay rights. 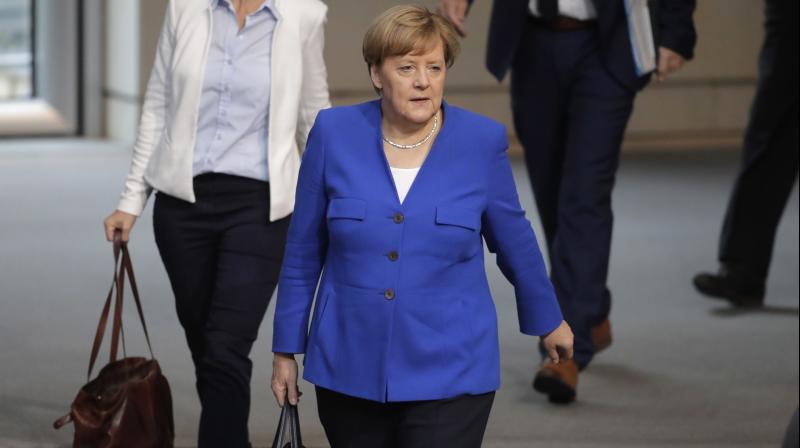 The Lower House of the German Parliament voted to legalise same-sex marriage on Friday. Only last week, the German Parliament had voted to render void the convictions of 50,000 gay men who were punished under old laws prior to 1994. The world is changing fast with regard to openness about sexual preferences with Germany now joining Ireland, France and Spain in granting equal marriage rights in Europe as well as the right of such couples to adopt children. German Chancellor Angela Merkel’s Christian Democratic Party (CDU) may have been compelled by the dictates of coalition politics to agree to relax opposition to same-sex marriage. Ms Merkel, daughter of an orthodox Protestant pastor, voted against the bill after calling for a conscience vote although she is seen today as an exponent of a very liberal Western vision despite being the leader of a basically conservative party. The Chancellor’s personal dilemma aside, the move represents progress for equality, even if it questions the very tenets of marriage, which for centuries has been defined as a union between man and woman and was traditionally thought of as a way of legitimising procreation.

As a democratic society, India also has to look back to see what little progress has been made with regard to gay rights and the discrimination such people continue to face. The fierce debate that raged on Section 377 existing on the Indian criminal code tended to die out once the matter was referred to a Constitution bench of the Supreme Court four years ago after a landmark judgment in the Delhi high court was struck down. Technically, the 2.5 million or so openly gay people of India can be harassed, although it must be said that the law is not enforced these days, thanks to a social awakening on the freedom of choice of the LGBTQ. And yet, we have miles to go yet towards attaining equality.