The government has not yet offered a cohesive answer as to why it was not able to anticipate or contain the violence. 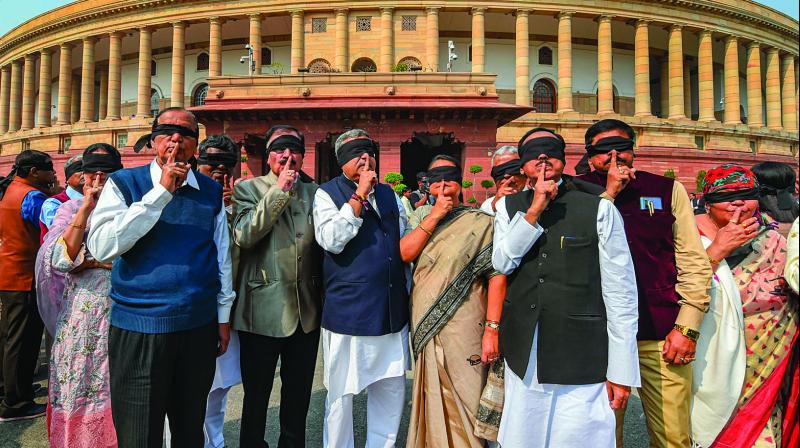 The Bharatiya Janata Party (BJP) has launched the campaign for the 2021 West Bengal Assembly elections with Union home minister Amit Shah on Sunday asserting that his party will come to power with two-thirds majority in the state. Mr Shah’s confidence must have its base in the slogans raised ahead of the rally he addressed in Kolkata where his partymen imported the infamous, criminal war cry of Delhi: goli maro saalon ko (shoot those traitors). It’s not long ago that the nation witnessed the impact of the incendiary slogan, introduced by the party’s leader in the national capital, Kapil Mishra, directed against the people assembled at Shaheen Bagh on a peaceful protest against the Citizenship (Amendment) Act. Mr Mishra’s voice was not that of a loner: Union minister for state for finance Anurag Thakur and Uttar Pradesh chief minister Yogi Adityanath also made use of the same language with impunity. And what was the result? More than 40 people have lost their lives and hundreds injured in the riots that lasted three days. Thousands have been rendered homeless while institutions including schools will take time to return to its normal ways of functioning. The government has not yet offered a cohesive answer as to why it was not able to anticipate or contain the violence.

It’s quite depressing that the ruling party at the Centre, which got a decisive mandate in the Lok Sabha elections held hardly a year ago, has chosen to rely on the slogan that brought the national capital into chaos to another state. It has steadily refused to act against such leaders who went on giving provocative speeches; it has chosen to repeat the strategy in a crucial border state to romp home at the hustings instead. Prime Minister Narendra Modi never misses an opportunity to preach to the nation his pet theme: Sabka Saath, Sabka Vikas. He insists on taking everyone along. Even Mr Shah had publicly admitted provocative and divisive slogans may have hurt the party’s chances to win the Delhi election. While the sermons go one way, the party and its karyakartas have no qualms in taking an extremely divisive path for a possible go at power in the state which is yet to toe the saffron line.

West Bengal also reflects what is rotten with the Opposition ranks. Chief minister Mamata Banerjee and her Trinamool Congress have been in the forefront of the protests against the CAA but she sounded evasive when asked if the Union home minister ought to resign over the Delhi riots which were obviously linked to the protests. That Ms Banerjee does not want to be seen on the same page as the rest of the Opposition on such a crucial issue offers little solace to the people who want them to mount a joint movement to force the ruling party to see reason and change course. Between the ruling and Opposition parties, there is little to hope for the nation, if West Bengal is an example.