AA Edit | ‘Idea of India’ battle not compelling for Opposition

In the upcoming Presidential elections in July, politics will reveal all its avatars 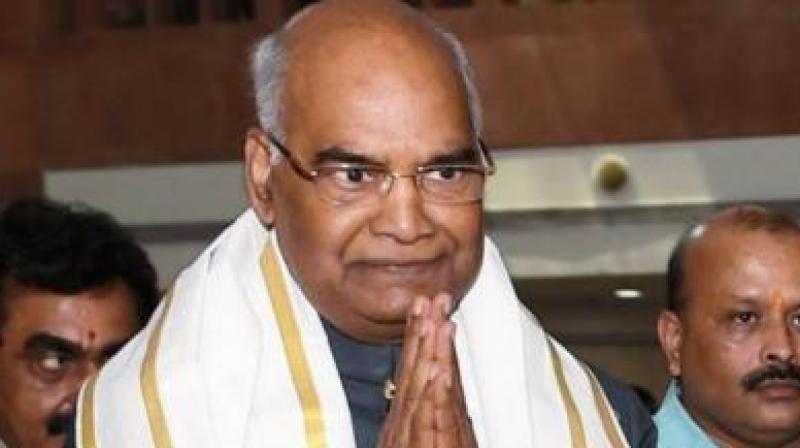 A lot of water has flown under the bridge since Ram Nath Kovind won the last Presidential elections with a near two-thirds majority against the Congress-led Opposition candidate Meira Kumar, in July 2017. (PTI)

Politics, like light, has a dual nature — at times, it is art, compelling, creative art; at others, it is science, exact mathematical science. And then, there are at the crossroads of history, moments when politics exhibits dual nature, simultaneously art and science. In the upcoming Presidential elections in July, politics will reveal all its avatars, and perhaps much later, will be recorded in the annals of Indian history as a moment when the Opposition will be found terribly wanting, disappointing, and lacking in both the imagination required by art and the scientific exactitude and precision in ideological convictions.

Because for too long, the Opposition has narrated a tale, a very plausible tale, that India was in danger because the idea of India as a constitutional collective, as a society run by rule of law, as a modern nation, as a democratic republic, was in peril because of the unabashed Hindutva project of the domineering BJP, and the ideologies of its parent, the RSS.

If it was so, there is no greater platform and opportunity for India’s Opposition, if it took its own narrative of threat to the idea of India with utmost seriousness, to come together and exploit an opportunity to deny the BJP-led NDA a comfortable win, or even a win, because the math is clear that the saffron formation does not have the simple numerical majority for the Presidential polls.

A lot of water has flown under the bridge since Ram Nath Kovind won the last Presidential elections with a near two-thirds majority against the Congress-led Opposition candidate, former Lok Sabha Speaker Meira Kumar, in July 2017. The BJP-led NDA has lost the Shiv Sena and the Shiromani Akali Dal (Badal) as allies.

Despite the Uttar Pradesh and Uttarakhand Assembly elections, which the BJP won but with reduced margins, and a greater strength in the Upper House of its own, the BJP-led NDA is short of majority in the overall vote count in the Presidential electoral college of 10.98 lakh, comprising parliamentarians and legislators.

In the Presidential elections, which are indirect elections through an electoral college comprising Lok Sabha MPs (543), Rajya Sabha MPs (233) and MLAs (4,120), they have varied weightage — while the vote value for Mps remains fixed at 708, the values of the votes of MLAs changes as per population of the state and other variables.

At this stage, the Congress, the principal Opposition party, its allies including the DMK, NCP, Shiv Sena, and different principled rivals of the saffron party, including the TMC, Aam Aadmi Party, Samajwadi Party, the TRS, and the neutrals like the YSRC and the Biju Janata Dal, along with smaller parties, have a chance to come together to make a fight of it in both the Presidential elections, and the polls for the Vice President, which will follow.

For India's combined Opposition to find common cause for a larger cause, beyond just defeating the Narendra Modi-led BJP, to make it possible to even have a chance to get a leader of its umbrella to become the next Prime Minister, the battle must begin with the Presidential polls.

Sadly, for those opposed to the BJP, the Opposition will fail to rise to the occasion.