While the intelligence coup of killing Laden came in the time of Obama, it’s Biden’s turn to exult in elimination of a terror mastermind 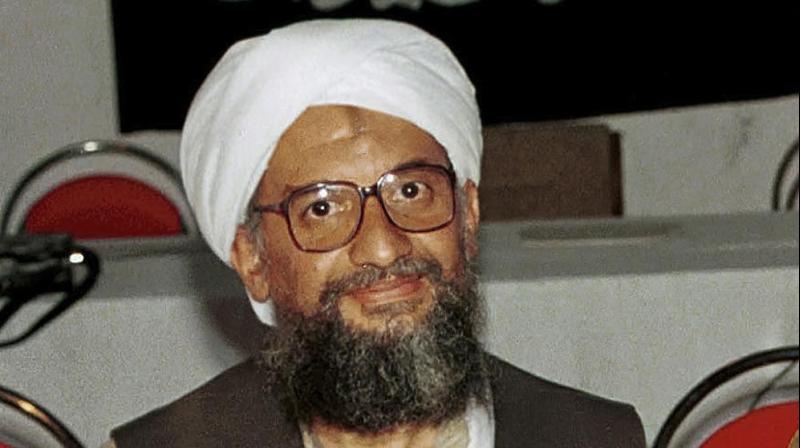 Having targeted Osama bin Laden and waited 10 years to get him in Abbottabad (Pakistan), they took another decade to bring down the other chief co-conspirator in the Al-Qaeda chief, Ayman Al-Zawahiri (in picture), who too was reported to have been living in Pakistan before Afghanistan became, post-US withdrawal, an even safer haven. — AP

Not without reason is it said that revenge is a dish best served cold. The Americans have waited a long time for payback time to exact revenge for the deadliest terror attack on the United States in modern times in the aerial destruction of the twin World Trade towers of New York on September 9, 2001.

Having targeted Osama bin Laden and waited 10 years to get him in Abbottabad (Pakistan), they took another decade to bring down the other chief co-conspirator in the Al-Qaeda chief, Ayman Al-Zawahiri, who too was reported to have been living in Pakistan before Afghanistan became, post-US withdrawal, an even safer haven.

Painstaking intelligence work to gather what is called “pattern of life” recognition is said to have confirmed the presence of the target in Kabul’s posh Sherpur area. The assignment was completed by a precision strike with two R9X Hellfire missiles that took out the leader of one of the world’s most lethal terror outfits, early morning of July 31 in Afghanistan, with just kinetic energy and without inflicting any collateral damage.

The capability of running unmanned drones and manned attack aircraft with precision weapons across geographies validates the trending theory that such “warfare” against terror is better than elaborate and expensive feet on the ground policy that used to mark the work of the US as the global policeman. While the intelligence coup of killing bin Laden came in the time of Barack Obama, it’s Joe Biden’s turn to exult in the elimination of a terror mastermind.

The eye surgeon from Egypt, Al-Zawahiri, may have evolved into more of a head of strategy of far-flung affiliates of the original Al-Qaeda in his senior years but, in his active field days, he is reported to have plotted many other acts of violence like the Aden suicide bombing of the USS Cole naval destroyer and attacks on US embassies in Kenya and Tanzania, killing about 240 Americans who, in their eyes, are the public enemy no. 1.

Truth to tell, the operation to eliminate Al-Zawahiri exacts only revenge for the well-planned and precisely executed attack on Manhattan while terror outfits roam freely in today’s Afghanistan after the messy pulling out of US forces last year. It should have come as no surprise to the US and the world that the likes of Al-Zawahiri and members of the Pakistani Taliban have gravitated to the old terror haven, with the latter using the terrain as a base for carrying out attacks on Pakistan too.

What has changed in the use of terror as a weapon is those who swear by it have a country to run now. Even just a few months ago, in May, Al-Zawahiri was posting videos calling for jihad in Kashmir, which is why India too can derive some solace, if not quite satisfaction, from the death of a figure who was the educated alter ego of Osama bin Laden and who changed the world with one strike that killed close to 3,000 innocent people.

The question is, regardless of technical capabilities of hunting for the visible leadership of well-known terror organisations, can terrorism ever be rooted out from its known hotspots? The cynical view that one man’s terrorist is another’s freedom fighter may not seem outlandish as Western powers may have created space for retaliation from such forces after their intervention in countries like Afghanistan, Libya, Iraq, Syria and so on. We know the world will be a safer place if only everyone desires peace.