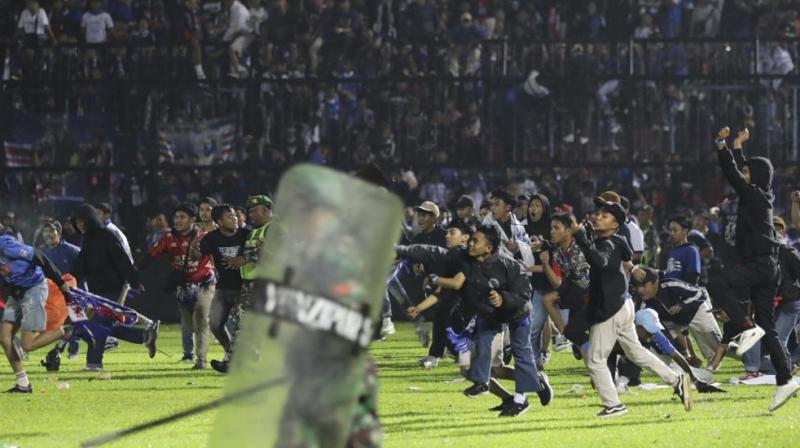 Saturday was a day of shame for the Indonesian Police. Why they used teargas on football fans inside an oversold stadium filled with Arema FC fans will remain a mystery. The finger of blame must point at the free use of teargas at fans enclosed in packed stands as well as naked use of force with batons driving fans towards narrow exits. Besides the official count of 125 dead, including 17 children, from trampling or suffocation, as many as 300 fans were injured. No wonder calls have been strident for the removal of the national police chief.

Soccer has a history of violence between fans of rival teams that is as old as the hills. Intense tribal loyalty among supporters for their home clubs may seem lofty but it invariably sullies the beautiful game. They say no man is an island. Put two together and you have company, but three onwards is a crowd. The moment a few soccer fans get together there is an unleashing of animal spirits with even the sanest seeming to lose their equilibrium. Some of the game’s followers are also outright hooligans who bring the game into disrepute around the world.

Deadly football rivalries may not be uncommon in Indonesia, which is why crowd control becomes crucial to the conduct of the game. Not since the Hillsborough Stadium tragedy in 1989 when 97 Liverpool supporters died has there been a devastating incident of this nature. Curiously, this was a game in which there were no opposing groups of fans and only 42,000 Arema FC fans who were upset at a 3-1 defeat, the first loss in over two decades, at the hands of the visiting Persebaya Surabaya club.

To handle boisterous fans and rein in the rowdy ones at football games is a challenge just about anywhere.  Police don’t control crowds at sporting events with batons and teargas as much as with a disciplined force that knows the problems that can arise out of football rivalry and is sensitised to handling it with an iron fist in a velvet glove. Perhaps, the Indonesian police on duty at the stadium set the worst example in what is not to be done when trying to control a crowd of football fans.