The point to ponder is whether the Indians who enrolled themselves in this manner, by paying a hefty fees to the recruiters, are innocent. 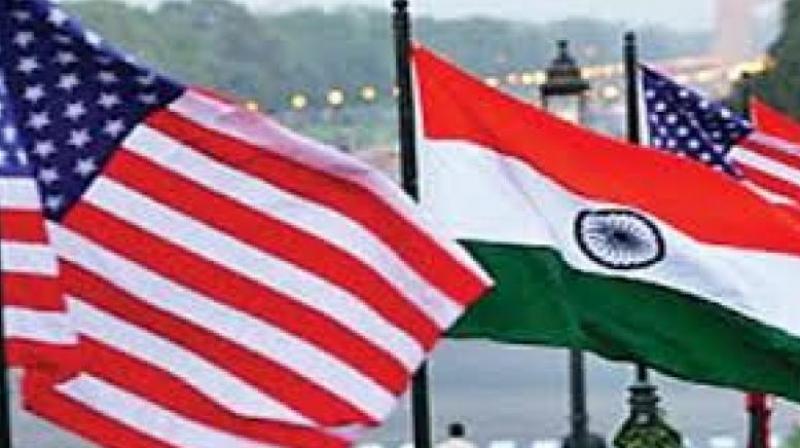 The diaspora is already gearing up to help them with their defence but the sensational case may stretch India-US ties at a time when the President of the host country is fighting his own battle to build a wall against illegal Mexican migration.

Rare as the demarche served on the US on Saturday is, it does serve to express India’s concern over the plight of 129 students who have been detained by immigration and customs enforcement officials after they enrolled themselves in a fake university.

The point being made in India’s diplomatic maneuver is that the students, mostly Telugu-speaking and from the states of Andhra and Telangana, should be treated differently from the recruiters who duped them into the “pay to stay” scheme in the illusory Farmington University in Michigan run as a sting operation by US homeland security. The US’ case is that the Indian nationals were aware and willingly entered into a fraudulent scheme to keep their immigration status valid with the recruiters — eight persons of Indian origin have been indicted in the case — providing them with work permits in a clear case of abuse of the F-1 student scheme.

The point to ponder is whether the Indians who enrolled themselves in this manner, by paying a hefty fees to the recruiters, are innocent. However, regardless of their knowledge of the illegal nature of the scheme, it may be India’s duty to try and help so many citizens detained by US authorities in a “removal” process. Of course, if they are guilty of having waded into the scheme with their eyes open in order to stretch their stay in the US, they would have to defend themselves legally in the US and the Indian government cannot be seen to be supporting criminal activity in a foreign land.

The diaspora is already gearing up to help them with their defence but the sensational case may stretch India-US ties at a time when the President of the host country is fighting his own battle to build a wall against illegal Mexican migration.

It would be extremely charitable on the part of the US to absolve the 130 students (including one from Palestine). India can plead for those who were unwittingly drawn into this if their papers are otherwise in order.

Students from China, India and South Korea constitute more than 50 per cent of overseas students in US varsities. As Telugus form a prominent proportion of the Indian diaspora in the US, it does appear that many youngsters are attracted to the “land of opportunity”.

They would be well advised though to follow the law of the land they are trying to stay in or live in. Any Indian citizen going abroad would be conscious of having to punctiliously follow the laws of the country he/she is visiting and no student can afford to be an exception.

The attractions of this kind of economic migration through the student route hoping to gain the right to stay on and work, cannot be wished away when India is stretched to provide opportunities to its youth.