It is perplexing that government of India chose to keep secret the order, which was issued on May 21 this year 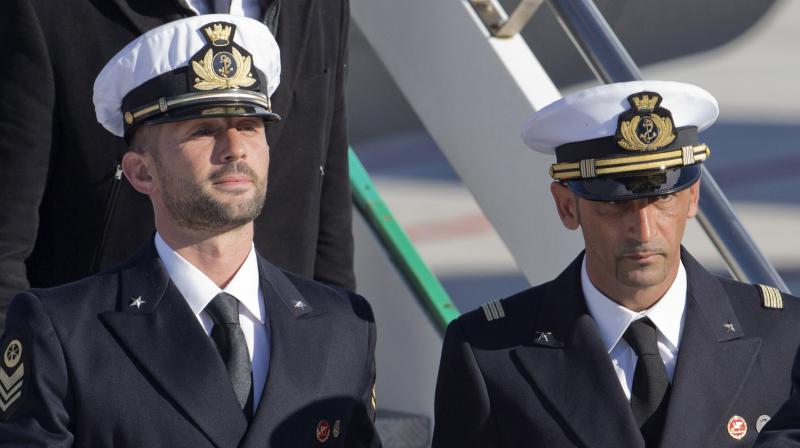 The verdict of an ad hoc tribunal of the Hague-based Permanent Court of Arbitration (PCA) that India has no jurisdiction to decide the case relating to the killing of two Indian fishermen off Kerala coast by two Italian marines on board a private oil tanker is regrettable.

The tribunal, constituted to settle disputes related to the United Nations Convention for the Law of the Sea (UNCLOS), rejected India’s contention that Massimiliano Latorre and Salvatore Girone, accused of shooting and killing Ajeesh Pinky and Valentine in their boat St Antony on February 15, 2012, were not engaged in government service and hence cannot claim the privilege available to service personnel.

Instead, it accepted the Italian plea that the duo enjoyed immunity available to “state officials” and are exempted from the jurisdiction of the Indian courts.

The five-member tribunal comprising jurists from Russia, Jamaica and South Korea, apart from one each from India and Italy, by a majority vote also rejected India’s claims on the rights of a coastal state over its exclusive economic zone. The tribunal, however, ruled that the marines violated the protocols under UNCLOS, and hence must stand trial in Italy.

As per the order, India is, however, entitled to payment of compensation in connection with the loss of life and material damage to property and directed the two countries to consult with each other on the amount of compensation.

The immediate impact of the verdict is that the Supreme Court of India, which had sent the two marines home on bail, cannot proceed with the legal process in a case related to the killing of two Indian citizens as per Indian laws.

The National Investigation Agency has already slapped charges against the two Italians under sections of the Indian Penal Code related to murder, attempt to murder, mischief and common intent. The court had earlier stayed the proceedings as per an order of the ITLOS in 2015.

It is a travesty of justice if officials who are on security service on private enterprises are given state immunity but it is evident that India has been unsuccessful in convincing the tribunal about it.

This is important because UNCLOS speaks of immunity in case of warships and government-controlled vessels.

It is perplexing that government of India chose to keep secret the order, which was issued on May 21 this year, despite an order of the Supreme Court that the decisions of the tribunal must be communicated to it and the affected parties without delay.

The ministry of external affairs chose to comment on it only when the tribunal on its own issued a statement giving details of the order. Setbacks in international tribunals are not uncommon but attempts to keep them secret need an explanation from the government.

What is left to the government is to ensure that the two marines undergo trial as per the order of the tribunal and the families of the innocent victim get a decent compensation package. This is the least it can do to ensure justice for two slain Indian citizens.