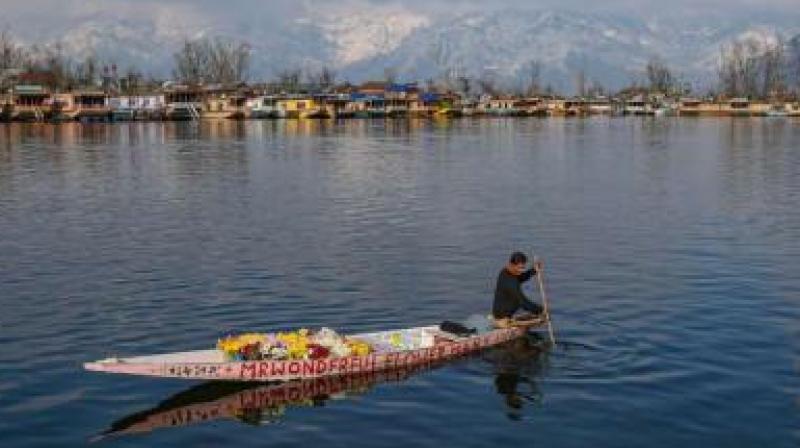 None of the objectives that were advanced to justify the dramatic changes — leading to the bifurcation of the state and its reduction to Union Territory status — have been realised yet.

Today marks the third anniversary of the sweeping constitutional changes the Narendra Modi government forcibly effected to end the constitutional autonomy of the state of Jammu and Kashmir. Its people were not consulted, disregarding a basic constitutional principle that undergirds the federal basis of our polity.

Crucially, none of the objectives that were advanced to justify the dramatic changes — leading to the bifurcation of the state and its reduction to Union Territory status — have been realised. It was officially stated that the existence of Article 370 produced a separatist mindset and stoked terrorism. It was argued that J&K’s autonomy must end for economic development to proceed apace. Data available in the public domain mocks these claims.

There are more foreign terrorists in Kashmir today than before August 2019. Data of civilian fatalities remain in the same bracket as before. Earlier, if the targets of militancy and terrorism were generally confined to the official establishment, now Kashmiri Pandits (KPs), other Hindus in the Valley, elected panchayat officials, and migrant workers are routinely killed.

This harks back to 1990 when the Indian State in J&K had collapsed in the face of a terrorism storm fuelled by Pakistan. It was an important objective of the government to protect and rehabilitate KPs, who have become a displaced minority deprived of their cultural and human rights, but short-sighted official actions and questionable policy preferences have produced opposite results.

If the reasons of the State advanced to strip J&K of its autonomy were questionable, the fully compromised human rights of the ordinary people of the former state — the inevitable outcome of the process that was set in motion — appear to evoke little sympathy with the Centre and the UT administration.

If thousands of Kashmiris were locked away overnight in the garb of preventive detention on the eve of August 5, 2019, three years on, unconscionably large numbers continue to languish as undertrials. At 91 per cent, according to the National Crime Records Bureau, J&K has the highest proportion of undertrial prisoners in the country. Articles 21 and 19 of the Constitution, which protect personal liberties and freedoms, appear to have little meaning, especially in the Valley.

Without due process, people can have their liberty taken away in the blink of an eye and a speedy trial is unlikely. These constitute serious human rights violations. Citizens are barred from protesting. The right to peaceful assembly does not exist in the UT. Curfew and Section 144 of CrPC are unrolled by the administration without reference to laid down procedures.

The media is muzzled, and journalists are intimidated and arrested under the Unlawful Activities (Prevention) Act or sedition and held for long. Citizens have no forum to express their views. Official statements fill newspapers on demand and not news or views that are fit to print. Citing security considerations, Internet disruptions are routine, particularly harming business and economic life and the education sector.

J&K, first as a state and then as UT, has been denied an elected Assembly for four years. This would not have been tolerated in any state. According to Supreme Court judgments, democracy is a “basic feature” of the Constitution and elections must be conducted at regular, prescribed intervals. Fresh Assembly elections brook no delay as a starting point in J&K.