Everyone wants transformational infra to be built and development to be rapid, as long as they directly don’t have to bear any of its burden 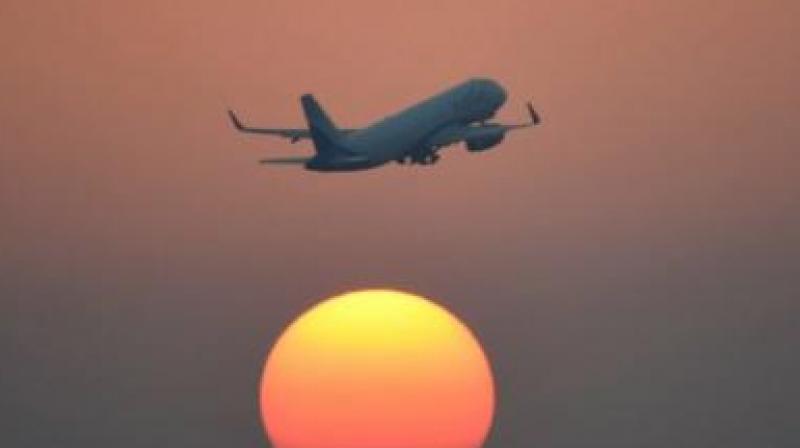 There are reports of a minimum of 20 to 25 per cent price rise in domestic flights between most major Indian cities till Diwali season. (Photo: AFP)

Market and demand induced inflation is a good test point of conviction of people to free markets, continuing and accelerating reforms, reinvigorating growth and creating opportunities. Everyone wants growth, without paying a price for it. Everybody advocates tough decisions on reforms, as long as they are kept immune to it. Everyone wants transformational infrastructure to be built and development to be rapid, as long as they directly don’t have to bear any of its burden.

For too long, we have acquired the interchangeable double role of consumer and citizen, taxpayer and voter, and with easy hypocrisy, made irreconcilable demands from both sides, hoping the accounts will never tally.

One good example is traveling during the holiday season. The prices of flights between all major cities in India have soared, even higher than the heights these planes will surge to when they fly full capacity.

Suddenly, everyone is upset — why have airlines increased the price so much, they demand angrily to know on social media. Luddites and anti-growth socialists have jumped on to the bandwagon, parasitically, trying to ride the wave of misplaced public consternation — and demand that the government must “regulate” prices, and place a higher band cap.

Imagine for a second, the civil aviation sector and airlines also demanded that the same be applied the other way around — a minimum number of people must fly every single flight for them to be viable — if you must cap the top, you must also cap the bottom. That alone would be fair.

So if you don’t want to pay a high fare during a peak demand season then you must be compelled to fly on a flight during lean season, whether you want or not. Would that work?

There are reports of a minimum of 20 to 25 per cent price rise in domestic flights between most major Indian cities till Diwali season. Far from being concerned, or resorting to screaming hoarse, we must clap and cheer.

This is India growing. This is more Indians traveling during holidays, earning more money, willing to pay more money and rewarding services and products that give the consumer delight. It is a self-corrective mechanism, when demand grows, prices will too — but when prices hit a peak, several people will opt out, and bring down the demand. Prices will follow.

The bizarre thing is the moral suggestion that it is wrong to charge “too much”. The same middle classes who feel victimised by this price rise must wonder how they feel when their IIT and IIM passing out children get “too much” of a salary. When they quit one MNC job for another for a higher buck, would it be considered wrong? Should the government intervene then and cap salaries for techies?

Or apply the principle to land? Why should land cost “too much” in major cities or increase so quickly?

There is absolutely no need for the government to intervene. The markets are best placed to manage the prices — consumers and service providers will find the optimal meeting point. Stay away and don’t spoil the party. Ignore the noise, defy gravity and enjoy the flight.