Djoker has the last laugh

A peculiar aspect of the Monaco resident’s game is it can fall off a cliff suddenly, even as he is seemingly on song. 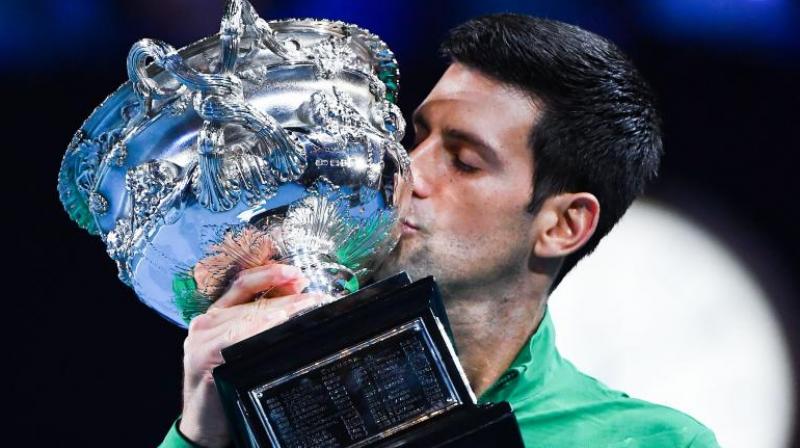 Novak Djokovic presented fresh evidence that he belongs to the all-time greats category with his eighth Australian Open title, also his 17th Grand Slam, that keeps him within catching distance of Roger Federer (20) and Rafael Nadal (19). The Serbian, whose childhood was spent in war-torn Belgrade, knows a thing or two about strife; but was still shocked at the confrontational attitude of Australian tennis fans. Rooting for the underdog may be the norm Down Under, but that seemed to make Djokovic an object of hate. The champ spat an expletive too, pleading with the referee that they not disturb his serving action.

A peculiar aspect of the Monaco resident’s game is it can fall off a cliff suddenly, even as he is seemingly on song. To see him rally then from a set down and take the decider off Dominic Thiem, with his normal composure returning in time on the medium fast Melbourne surface was to appreciate a champion who knows how to make a comeback under stress. The first in the Open era to win Grand Slams in three different decades, Djokovic is poised to leave a great legacy, besides entertaining millions with his grand impersonations of tennis colleagues and going out of his way to please fans.

The men’s Grand Slams have been monopolised by three modern musketeers, but it’s quite the reverse in women’s tennis, with eight different first-time champs in the last 12 Grand Slams. Given that supermom Serena Williams hasn’t won since her daughter was born, emerging new generation talent s like Ashleigh Barty, Naomi Osaka, Bianca Andreescu and Sofia Kenin, the Australian Open champion, have been ruling the roost with very different styles of play in winning maiden Grand Slams, while showing promise to become the next big star.