Mr Modi appeared annoyed that protests were continuing despite “repeated assurances” by the government. 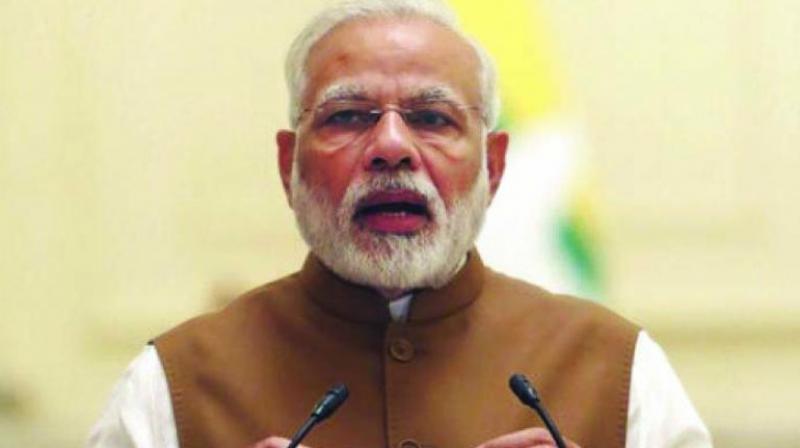 On Monday, addressing an election rally for the Delhi Assembly polls, Prime Minister Narendra Modi caused surprise as he asserted that the anti-CAA sit-in protests at Shaheen Bagh, Jamia and Seelampur — preponderantly poor Muslim pockets of the city — were a well-designed “experiment” to fine-tune an effort to destroy the nation’s harmony, in short a conspiracy to prejudice India’s unity. This is a serious allegation against the most Gandhian of protests, a “satyagraha”, in the face of crude attacks by ministers and BJP leaders.

Moved by the peaceful, round-the-clock sit-ins by the poorer sections of society, people in large numbers from more affluent classes travel many miles every day to show their solidarity with women with babies in arms — one of whom recently lost her four-month boy who caught a chill — who have been on protest continuously for over 50 days, probably a record.

When the holder of the nation’s most powerful office chooses to attack the poorest sections of a religious minority, instead of giving them respect and hearing their grievances, he is, in effect, extending a carte blanche to communal elements. The atmosphere was already laden with tension. Three incidents of Hindutva-crazed men firing at protesters in the space of four days occurred last week. This was therefore a time for sobriety.

Mr Modi appeared annoyed that protests were continuing despite “repeated assurances” by the government. The people may, in fact, like to know what these assurances are as these haven’t been publicised. In case the PM was referring to his Ramlila Maidan statement that the NRC had never been considered by the government and protests had been ignited on a false premise, this was shown to be factually incorrect. In this regard, statements by the Union home minister and portions of the President’s address to Parliament have been widely quoted, casting doubts on the so-called “assurances”.

If the PM has a well-founded basis for his angry denunciation of the Delhi protesters, the country has not heard anything about it. It may be recalled that in the campaign for the Gujarat Assembly polls in late 2017, Mr Modi had, without evidence, accused his predecessor Manmohan Singh, former vice-president Hamid Amsari, and a retired Army Chief, of “conspiring with Pakistan” to have the BJP defeated. As such, the PM’s high-pitched rhetoric against the women of Shaheen Bagh is also likely to be treated with scepticism.

Quite amazingly, on Monday, the BJP fielded Parvesh Verma as its lead speaker for the motion of thanks to the President for his address to Parliament. Only days earlier, this MP was ticked off by the Election Commission for declaring that Shaheen Bagh protesters would rape and kill (Hindu) women. In his Lok Sabha speech, this man accused the anti-CAA protesters of trying to break up India and claimed their aim was to assassinate the PM and the Union home minister. Such fevered imagination must be nipped in the bud before it ignites communal passions.

Pavan K. Varma | What’s on the mind of the Great Indian Middle Class?