Can govt answer the moral question on CAA?

As is expected of it, the government has no plans to take the move lying down. 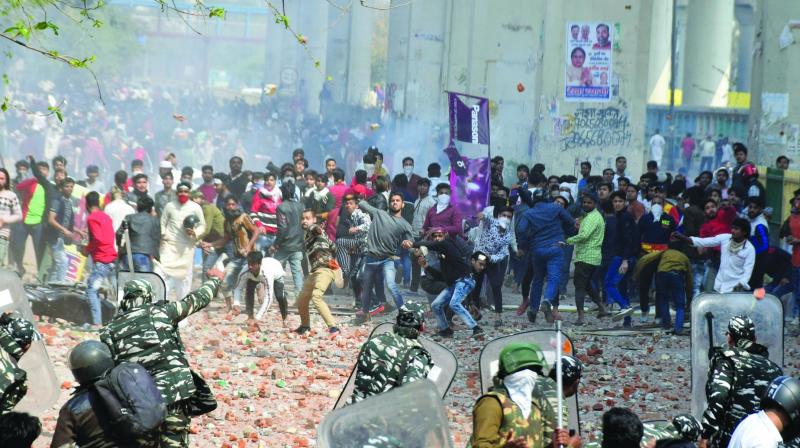 The Government of India has been steadfast in defending the Citizenship (Amendment) Act in the face of domestic and international criticism, insisting that it goes very well with the ethos of the Indian Constitution and the legacy of this land in accommodating refugees from all over the world. (Photo: Asian Age)

The Government of India has been steadfast in defending the Citizenship (Amendment) Act in the face of domestic and international criticism, insisting that it goes very well with the ethos of the Indian Constitution and the legacy of this land in accommodating refugees from all over the world. The Act only allows for the speedy processing of applications for citizenship from a select group of people for historic reasons, its votaries say. The government has been able to convince its constituency at home and abroad but not many outside its catchment area look convinced about the legitimacy of the world’s largest democracy surreptitiously introducing religion as an enabling element in a piece of legislation. The latest to sound the alarm is the United Nations High Commissioner for Refugees Michelle Bachelet Jeria who has moved the Supreme Court pointing out that the law contravened India’s international obligations not to discriminate between migrants on the basis of religion or render anyone stateless. She has mentioned in her intervention application UN conventions including the International Covenant on Civil and Political Rights, the International Covenant on the Elimination of Racial Discrimination and the Convention on the Rights of the Child to which India is a party. Some of her arguments sound like those of Indians who have moved the Supreme Court against the law, saying it discriminates between migrants on grounds of religion and documentation and that it chose to ignore some religious groups which have also been persecuted.

As is expected of it, the government has no plans to take the move lying down. The Act was an internal matter of India and concerned the sovereign right of Parliament to make laws, the ministry of external affairs has said, reacting to the development. It has questioned the very locus standi of a foreign party “on issues pertaining to India’s sovereignty” and said the CAA is constitutionally valid and complies with all requirements of our constitutional values. As per the MEA, the law is reflective of “our longstanding national commitment in respect of human rights issues arising from the tragedy of Partition of India”.

The government has a point saying that as a sovereign nation, its national parliament can make laws governing citizenship and the UN or its arms have little or no say in it. True, the fate of the UNHCR’s bid depends on the decision of the Supreme Court whether it wants the UN body also to be party in the legal proceedings. However, the fact remains that the government’s attempts to explain away the nuances it has introduced in the CAA have not gone well with many foreign nations. India has had several embarrassing occasions on international fora where people who have been traditionally friendly to us expressed concern over the implications of CAA while those who are adversarial to us have found in it a worthy point to taunt us. The government will do well to take a deep breath and dispassionately reassess the steps it has taken with respect to the Citizenship Act in a way that can convince its critics at home and abroad. Justifications and explanations alone will not cut it this time around.