AA Edit | India-China flareup at Ladakh: The only way out is diplomacy

With both armies having deployed thousands of troops, tanks and armoured vehicles, Ladakh is more of a tinderbox than ever 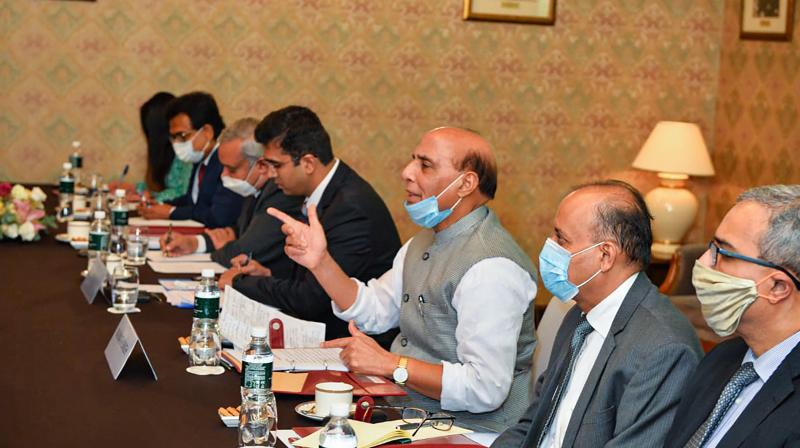 The fresh Chinese provocations in eastern Ladakh in the past week made a region already tense over the past four months even more volatile, as troops of the People’s Liberation Army attempted fresh incursions on the southern banks of Pangong Tso last Saturday night but had to retreat as the Indian Army put up stiff resistance.

The Indian Army occupied most of the area’s hilltops and dominant heights to deter future misadventure by the Chinese forces, that have moved in thousands of additional troops in the Chusul sector, which Army Chief Gen. M.M. Naravane visited on Thursday as part of his tour of forward areas.

With both armies having deployed thousands of troops, tanks and armoured vehicles, Ladakh is more of a tinderbox than ever, and cooler heads are needed to ensure it doesn’t erupt again.

And despite a lot of talk about the Army being given a “free hand” and of the “military option not being ruled out”, the realisation seems to be dawning on both governments that a political or diplomatic solution may be the only way out.

With defence minister Rajnath Singh in Moscow for a Shanghai Cooperation Organisation meeting, his Chinese counterpart Wei Fenghe has sought a one-to-one discussion on the sidelines, which might take place late on Friday.

New Delhi hopes such a meeting, which would be the highest-level physical encounter between the two countries since the crisis erupted in May, might pave the way for a faster de-escalation process on the ground in Ladakh.

While the external affairs ministry’s spokesman on Thursday squarely blamed Beijing for the current standoff, saying it was a “direct result” of China trying to “unilaterally change the status quo” at the LAC, foreign minister S. Jaishankar categorically said the “way out” of the current “difficult” situation is “through diplomacy”.

Acknowledging while India and China had a long history which was “very good in some parts, very indifferent in some parts and very difficult in some ways”, he added that “this was not the easiest of times in the relationship”, given the “seriousness of the current situation or the actual challenges of the boundary question”.
Perhaps responding to China’s overtures to keep trade and commerce on track despite the flareup, after India’s intensified ban on Chinese-linked apps and entities, Mr Jaishankar emphasised that “the reality is that whatever happens on the border will impact the relationship, you cannot separate it”.

He will have a chance to take the diplomatic process further as he meets Chinese foreign minister Wang Yi in Moscow next week when the two attend a SCO meeting.

In a signal to Beijing to stick to the path of dialogue, Mr Jaishankar said at the launch of his book The India Way on Thursday: “Both sides must understand that it’s in their own interest to reach an accommodation.”

With Chief of Defence Staff Gen. Bipin Rawat, among others, emphasising a bigger role for the Quadrilateral, which includes the United States, China hit back over US deputy secretary of state Stephen Beigum’s reference to Beijing’s “outsized” claims in the Galwan Valley, and said: “China and India have the ability to resolve their border disputes bilaterally.

We don’t accept countries outside the region pointing fingers.” If it is really serious, New Delhi and Beijing should be able to move forward.