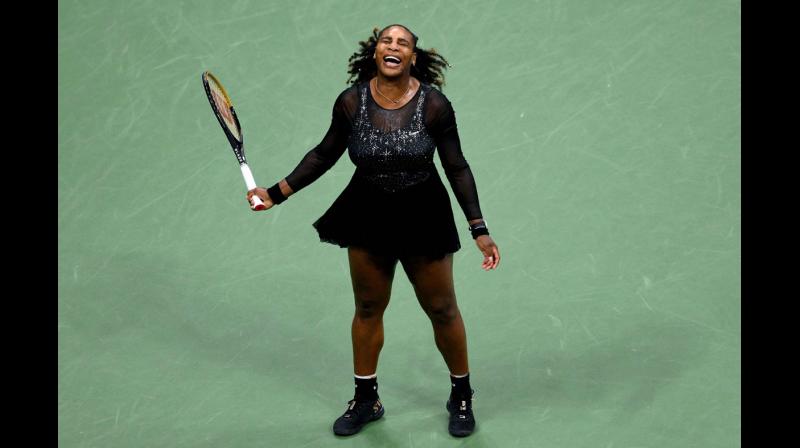 The end of a remarkable 27-year career which defined more than tennis, or even womenœs tennis, came last week at the US Open as Serena Williams fought one last time against the odds, saving five match points while pummelling away at the ball with unmatched ferocity, until time told on her. Serena lost in the third round on the very court on which she had won her first major title, as a 17-year-old. Along the way, as she played tennis in some part of four decades, Serena had helped change the very perception of women, particularly Black women, in sport.

Straight out of Compton, a working-class neighbourhood of Los Angeles where race ruled every part of their lives as Blacks, the Williams sisters climbed out of relative poverty. To get out of Compton, where they lost one of five sisters to a gangland shooting, may have been their first aim. Coached early on by a father who was driven to make them succeed, but on his terms as he kept sponsors on tenterhooks and signing when there was true value for the talent of his daughters, the sisters zoomed to unimaginable highs.

Initially seen as the more talented Venus’ sister, Serena showed what mind over matter really means. Her feel for the ball, her aggression flowing from an inner rage that went way beyond gender, and her sense of timing that powered one of the most formidable forehands in the game, were to bring her 23 Grand Slams, but not the elusive 24th, not after the birth of her daughter Olympia five years ago. Aware of her race and the battles she fought for equal rights, much like Muhammad Ali did in boxing, she skipped the Indiana Wells event for 14 years because she had once been insulted there while she was winning.

A packed Arthur Ashe court of 24,000 spectators rooted for her for a week in the greatest tribute to a player who had conquered her sport, but who is now ready to “evolve away from tennis”, have another baby and live the life of an off-court tennis celebrity. As tears flowed on her exit, Serena explained that they were tears of joy, of an achiever who accomplished things way beyond the statistics of wins and losses, of someone who had just finished an incredible ride and journey in her sporting career. Thanks Serena, young tennis players of various backgrounds would like to say today, thanks for a career that inspired so many, in sport, in life.