Love wins at the Oscars

Women may still be only 28 per cent of the Academy’s membership and its minority representation is up to around 13 per cent. 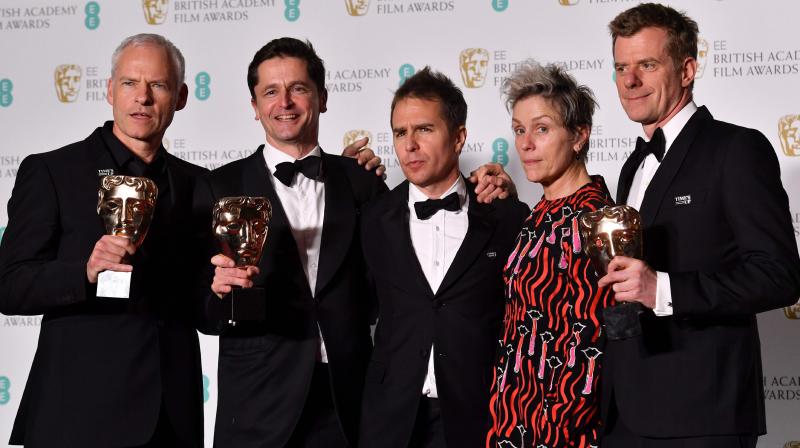 Love won at the 90th Oscars with a romantic story of a mute woman and a captive fish-man named best picture. But long before the finale of another glittering Academy ceremony, several pertinent messages were delivered on sexual harassment, gender equality and the need to give fair opportunity to the women in the entertainment industry. There were tributes to Sridevi and Shashi Kapoor in the “In Memoriam” section, stressing once again how the diversity factor has assumed so much significance in this age of change. Women may still be only 28 per cent of the Academy’s membership and its minority representation is up to around 13 per cent. But Hollywood has made genuine efforts to tilt the balance fairly, and being in the forefront taking up liberal causes.

A tumultuous season featuring humongous allegations of harassment by movie moguls like Harvey Weinstein was splendidly handled, the best coming in Jimmy Kimmel’s biting humour delivered in trademark deadpan style. His joke on the Oscar statuette as the ideal embodiment of the moment “because it lacked a penis” was a real gem. Having put aside last year’s La La Land envelope faux pas with self-deprecating humour, the Oscars steered clear of anti-Trumpism, that may have been somewhat laboured had there been more of it. The industry showed a will to move on and walk the talk on women’s issues. The enthusiastic response to best actress award recipient  Frances McDormand asking all women nominees at Dolby Theatre to stand up while she demanded more work for them was, perhaps, the evening’s highlight. The recognition that women are being harassed and discriminated against is sinking in.