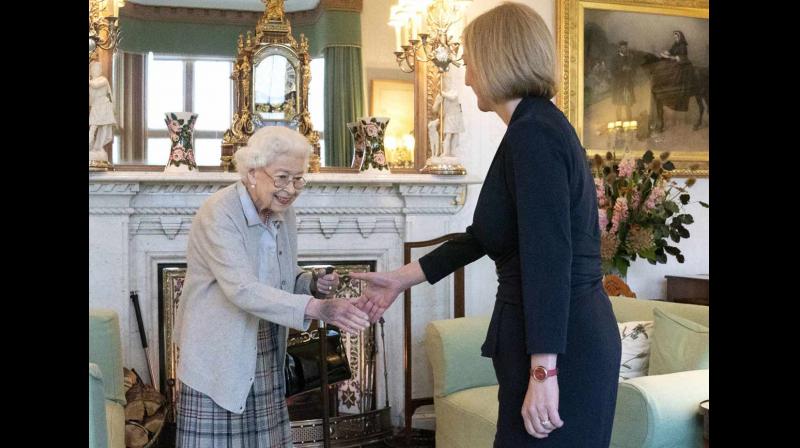 “In Liz we Truss” was among wittier campaign lines that propelled the former foreign secretary to becoming the Prime Minister of the United Kingdom, now the world’s sixth largest economy after being overtaken by India recently. A largely old and predominantly white electorate of around 1.60 lakh Tory Party members have voted Liz Truss in but the cream of her Cabinet ministers is expected to feature the reality of multicultural Britain.

Comparisons to Margaret Thatcher, who first became PM in troubled times of unrest in the 1970s, were bound to pop up regardless of who won. Rishi Sunak, the PIO aiming to be UK’s PM, emulating one across the Irish Sea in Leo Varadkar who became Ireland’s PM in 2017, had also projected the same iron determination to help people get past the worst cost-of-living crisis in British history as inflation raged past records set 40 years ago.

It was on the cards that the electorate would prefer Liz over Rishi even if the UK has been known to forgive US green card holders when it came to PM aspirants (Boris Johnson was one). As Rishi’s origins and his wife’s non-domicile tax status may have worked against him, the foreign secretary, whose forte has been her adroit pivots in embracing an opposite view, is the bundle of contradictions now elected to the Tory hot seat.

When in college, Ms Truss, a Liberal Democrat then, joined demonstrations against Thatcher. She was a “Remainer” when Brexit got through on a wafer-thin majority vote. While serving in various ministries, she baited the USA as readily as she did the EU, particularly France. Notwithstanding having been a disrupter in careers in accounting and politics, she is all Britain has in a crisis after the indefatigable Johnson partied his way to notoriety at the height of the Covid pandemic.

As Ms Truss faces the prospect of winter heating bills soaring, she is contemplating a two-year freeze on energy bills for all households and businesses. Tax cuts are also on her agenda despite the high inflation and a real risk of the UK slipping into recession.  Average households must be assuaged but the rich may stand to gain more in tax cuts. While she tends to household costs, a proposed reversal in National Insurance premiums, which is part of a planned wider package of Ms Truss reforms, may have to wait.

Ms Truss will be in an unenviable position as Mr Johnson, set to be a Backbencher, looms as a possible rallying point in the party if her economic measures do not measure up to expectations. She will probably be tested more in setting UK’s trade ties with US right just as Johnson’s parting shot using a Churchillian phrase — “Stay close to the Americans” — rings a bell.

India will be on a good wicket with Ms Truss, a known champion of deeper ties. Thanks to the Narendra Modi-Boris Johnson relationship, an India-UK free trade agreement is almost on the table and awaiting promised signatures before Diwali. As a member of Quad situated in the Indo-Pacific, India is also key to her “network of liberty” geopolitical alignments.

The UK’s domestic issues will clearly monopolising attention, and more than the Ukraine war in which Boris played the friend in need to perfection. If Liz Truss, who takes office as the third British woman Prime Minister after Margaret Thatcher and Theresa May without a customary honeymoon period, so much as slips up on the home front, she will have to first contend with Johnson who may bob up like Banquo’s ghost from the back benches. It could well be said that uneasy will lie the new occupant of 10 Downing Street.