RCB made the final thrice in 11 seasons, but the X factor that separates winners from tries seems missing. 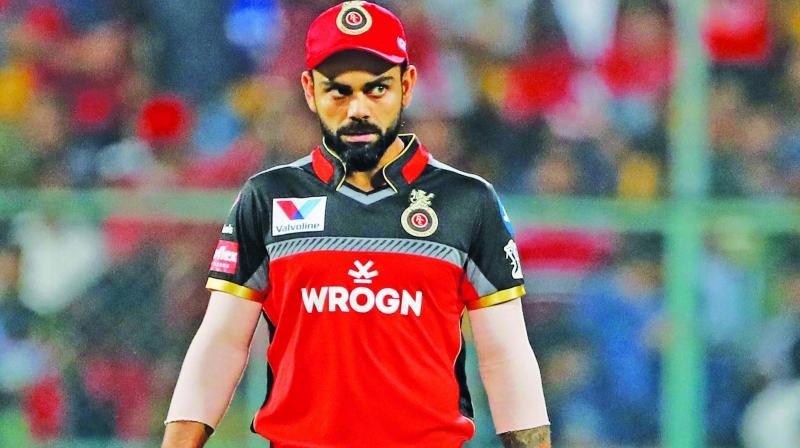 The images of an angry Virat Kohli are flashing on screens as Team India's skipper tries to redeem the fortunes of his IPL team Royal Challengers Bangalore. At the end of a match, it's often clear that a captain is only as good as his team. RCB made the final thrice in 11 seasons, but the X factor that separates winners from tries seems missing. The team, somewhat overdependent on its captain and star 360-degree innovative batsman A.B. de Villiers, and lacking a quality attack, has been at the receiving end this IPL season.  This has left its captain extremely frustrated. There were days he could have done little as in the Kolkata Knight Riders' Andre Russell's muscular onslaught at the end overs of his bowlers, which snatched victory from the jaws of defeat.

With the World Cup to start by the end of May, Kohli has to take a firm decision now. It would be perfectly understandable if he wishes to conserve himself for the World Cup. He could do so by stepping down as captain so that he doesn't have to go through this emotional treadmill of leading his IPL team. The fans may feel let down if a star player shies away from captaining the franchise, but it may be in the national team's interest if Kohli sought a lighter emotional load in IPL rather than try to drive a team which is not in winning form. Team India's performance in the World Cup is of far greater significance than inter-club cricket, however popular IPL is among cricket followers in India. Stepping down as skipper while he enjoys his batting might also help in anger management.