Even if it is Covid-19 that's driving him towards a bipartisan approach, some good would have come even out of catastrophe 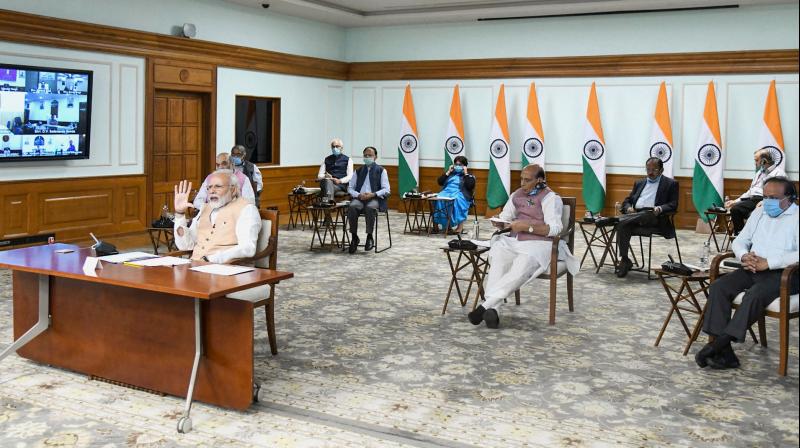 In one fell swoop, the prime minister seems to have closed the communication gap that featured a major part of his six years in office. His Sunday phone conversations with leaders of various political parties, as well as former presidents and prime ministers, in a touching gesture to protocol, was an uncharacteristic outreach to the whole spectrum of Indian politics outside of his ruling BJP. Call it the Covid-19 effect but it is true that the virus crisis has propelled the prime minister into bipartisan mode as seen first in his videoconference with CMs of states, including those not ruled by the BJP.

Often derided for selective comments on pressing national matters and a reticent silence on burning issues like lynching, Narendra Modi has been a paradoxical prime minister, as well-captured by Shashi Tharoor in his purple prose. "We should forget about paksh and vipaksh (government and opposition) and think about issues with nispaksh (impartial) spirit," Modi would implore in the customary all-party meetings before Parliament sessions. The deep divide in Indian politics would quickly surface in acrimonious debates.

It would again be contradictory if the worst existential crisis man has faced in the new millennium should have brought about this change of heart in the leader of an illiberal party whose retrograde elements have bristled against every principle that brought their prime minister to power twice. His public appearances tending more to show than substance, his selective appearances in Parliament and hermit-like shunning of media conferences as opposed to his eloquence in public speaking at chosen fora have made this image of a prime minister reluctant to speak except in controlled settings.

The sceptics may fear this new nationalistic and regional approach in reaching out to SAARC nations in the face of the pandemic is likely insurance against a backlash in the event of failure. But if Covid-19 has indeed driven the leader into an empathetic mode capable of understanding differing points of view, some good would have come even out of catastrophe.