Modi should have announced this MSP in early June before the sowing season. 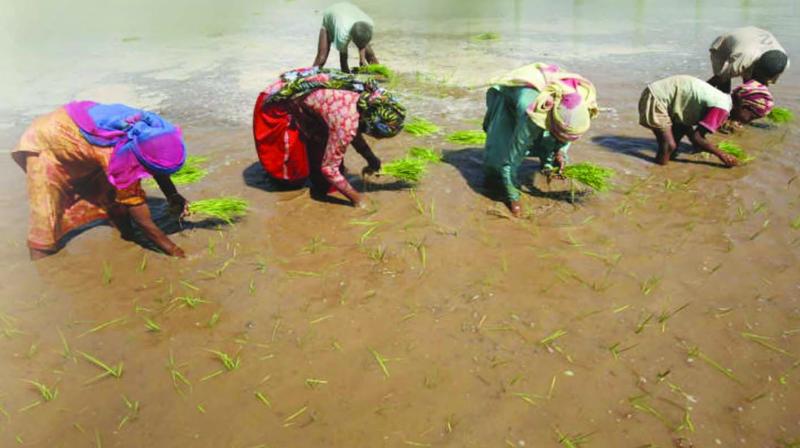 The result is, according to one report, only around seven per cent of the country’s 263 million farmers benefit by this MSP.

Time will tell whether the hike of 50 per cent in the minimum support price (MSP) for kharif crops is really a “historical increase” as Prime Minister Narendra Modi said, or is another jumla as the Congress perceives it. Mr Modi had in his high-decibel election campaign in 2014 said that he would give farmers a price of 50 per cent over cost for their production. But between 2014 and until July 6, 2018, despite several Opposition parties and farmers leaders raking up this promise repeatedly, the promised MSP was not given. So the farmers have to forego what was promised to them?

The scepticism over whether farmers will get these prices even now arises as at the ground level the state agencies who procure the grain buy limited quantities of staples like rice and wheat at MSP prices. The result is, according to one report, only around seven per cent of the country’s 263 million farmers benefit by this MSP. The others sell at rock bottom prices and this is reflected in the huge unrest, distress and farmers suicides that rural India is witnessing.

Besides this historic high as is claimed, is disputable. Mr Modi’s predecessor Dr Manmohan Singh had announced before the election a much higher price. In 2008-09, to give just one example, Dr Singh had announced an MSP for paddy at Rs 850 per quintal against the prevailing price of Rs 645, a rise of 25-30 per cent. Compared to this Mr Modi has increased the MSP price from Rs 1,550 to Rs 1,750, a mere 14 per cent rise.

Howsoever the taste of the pudding is in the eating and it is to be seen how this MSP is administered. Mr Modi should have announced this MSP in early June before the sowing season. It would have enabled farmers to decide what would be commercially viable for them.

That this announcement is seen as a poll gimmick is also because the government had argued in the SC that prescribing the MSP to be 50 per cent above the cost of production is not possible and that such a step would “distort markets” and “be counterproductive in some cases”. In fact, Mr Modi’s government had even written to state chief ministers not to give bonus over the cost price. Perhaps it’s the election debacle that the BJP faced in Karnataka and Mr Modi’s home state of Gujarat, that the government has found the Rs 15,000 crores to fund the limited purchase under the new MSP.

This “historical price” is also much less than what the Swaminathan Commission, (the bible of the agriculture community), has recommended. The commission had recommended 50 per cent over C2, which means the price has to take into consideration the cost of land and imputed value of family labour in the fields. If this was implemented then farmers could for instance get Rs 2,300 per quintal for paddy against the Rs 1,700 he is being given today.