The Karnataka government must speak and share with the public the findings of its police team. 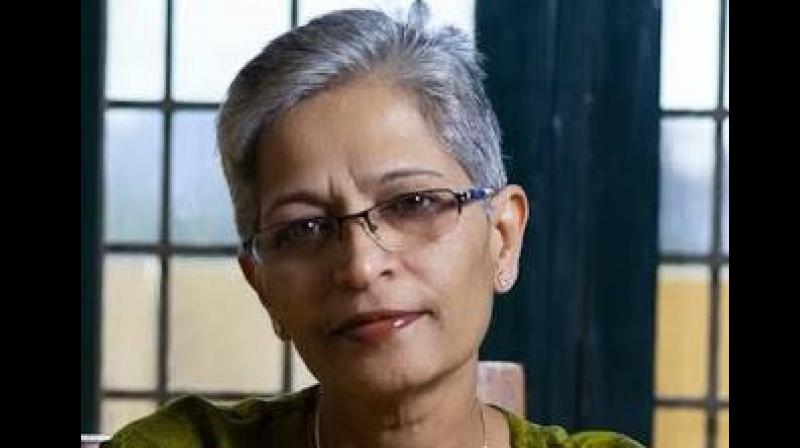 Editor, social activist and a virulent critic of right-wing groups, Gauri Lankesh, was shot dead outside her residence in Bengaluru. (Photo: Facebook)

To say that a senior Bengaluru journalist was murdered in cold blood as she was entering her home on the city’s outskirts on Tuesday evening would be to trivialise the truth. This is because Gauri Lankesh’s assassination - and that’s what it appears to have been - was not the run-of-the-mill hard crime common in major urban conglomerations around the world.In Gauri’s case, her description as a journalist may have been incidental in the context of the crime but for the fact that she ran her own newspaper, which gave her all the space to magnify the truths that must be told with boldness if we are to retain our sanity as a society and country, and save it from the mania of social disintegration gnawing at its entrails at the hands of extremely well-organised bodies that seem to have strong political protection or support these days. The violent act that snuffed out Gauri’s life was strikingly similar to the ones that ended the existence of three other prominent individuals - Narendra Dabholkar, a noted rationalist (2013), Govind Pansare, a respected Communist, trade union leader and rationalist (2015), and M.M. Kalburgi, noted Kannadiga writer and rationalist (also 2015).Fundamentally, all three were done away with under the direction of the Sanatan Sansthan, spread out in western India and parts of the south and having links with the Hindutvawadi networks that share icons, philosophy and also karyakartas (volunteers). There are strong suggestions about this in the investigation. More, at least one of the pistols used in the murders of Prof. Kalburi and Mr Pansare was the same. Unfortunately, this is all we know. Have the Maharashtra and Karnataka governments, run by the BJP and Congress respectively, cooperated to unravel the crime? The matter is also in the hands of the CBI. What has it unearthed? Unfortunately there is silence all around.Indeed, such is the state of criminal investigations and justice these days that the Central agencies have of late given the impression of being ideologically and politically at sea, and not upright and neutral as they should be. This was seen recently in the case of a serving Army intelligence officer and a RSS sadhvi, who were sent to jail when R.K. Singh, who was made a Central minister on Sunday, was the Union home secretary, but have been given a reprieve. Those who jubilated on the social media when Prof. Kalburgi was killed, and later when eminent anti-Hindutva writer U.R. Anantmurthy was killed, are now parading their celebration at the cold-blooded killing of Gauri Lankesh. The Karnataka government must speak and share with the public the findings of its police team. But for the ideological degeneration and silence when violence is visited on dissenters, can the Prime Minister still maintain his reserve?