It looks as if the problem is not with party rank and file, but with the leadership which seems to have no plan to present before people 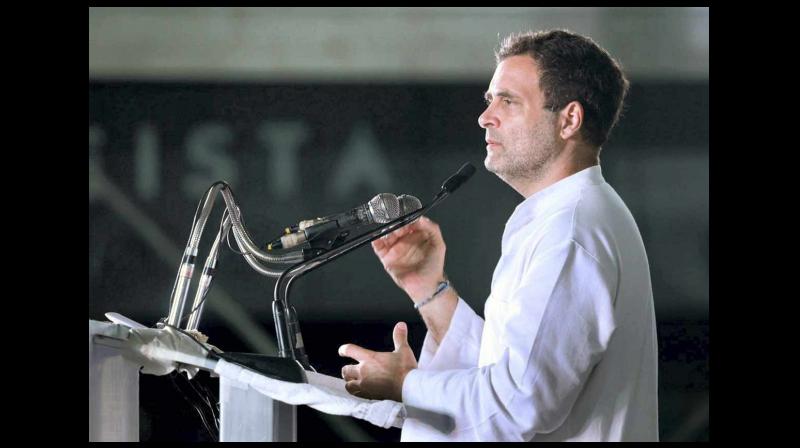 India is the largest democracy in the world but over most of its life as an independent nation saw its politics being dominated by one party. It took 30 years for a political formation to unseat the Congress with its legacy of the freedom struggle; but the Janata experiment which did the unthinkable proved unsustainable and the Congress was back in the saddle.

The political instability of the 1990s produced fragmented electoral results and experimentation continued. After Rajiv Gandhi’s landslide victory in 1984, it took another 30 years for a party to win a majority of its own. Narendra Modi led the BJP and the National Democratic Alliance to victory in 2014.

The Opposition is so weak that there is no party that can claim the post of Leader of the Opposition following the last two elections as it needs 10 per cent seats in the Lok Sabha. It is in this background that the Kanyakumari to Kashmir Bharat Jodo Yatra (Unite the Nation Walk) of the Congress and its leader Rahul Gandhi is to be seen.

The 3,500 km Yatra, as per the Congress, seeks to unite the people against policies of the NDA government which it alleges have resulted in the economic ruin of the country. Another goal of the yatra is to mobilise people to resist what it says are the BJP’s attempts to spread hate and to divide the nation on religious lines.
The Congress believes that the Yatra will help it reinvent itself. The party is in a hopeless position when it comes to numbers in the Lok Sabha and it runs governments only in two states. But the fact is that the party and its apparatus still exist in most states except perhaps Uttar Pradesh and Bihar, the two most electorally significant states.

However, the Congress is either the main Opposition or the United Progressive Alliance it leads is at striking distance of power in several states. The party scored an unexpected number of votes when elections were conducted last in states such as Gujarat, Maharashtra, Madhya Pradesh, Rajasthan and Haryana, signalling the acceptance it still enjoys in these key states.

It looks as if the problem is not with the party rank and file, but with the leadership which seems to have no plan to present before the people. It watched disinterestedly when the BJP torpedoed its governments in several states. That the grand old party of Indian politics has no leader for the last three years says much about the total disarray at the top.

To occupy the Opposition space and prepare people for a regime change are the democratic mandates the Congress has. Whether the party has planned for it or not, the main yatra which passes through 12 states and two Union territories and the contributories in several others will surely connect it with the grassroots. It will also impart a fresh momentum to the UPA.

The critical point, however, is whether or not the party leadership has a plan to fight the Narendra Modi government which it blames for the ills of the country. If it can do that, it will survive its opponent and be back in the game.