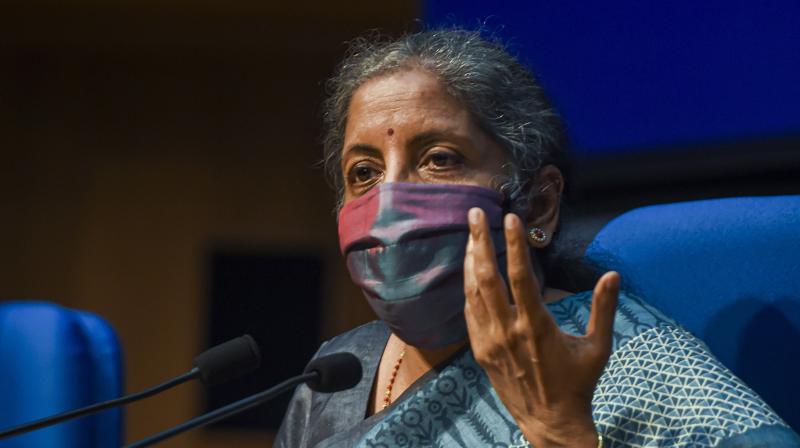 The decision of the GST Council meet on Monday to extend the collection of GST compensation cess beyond 2022, five years after the launch of GST, is a welcome move but the Hamletian indecision on the ways to compensate the states for their losses is not.

The GST Compensation Cess Act, 2017, mandates that the Union government compensate the states on their shortfall in GST revenue calculated against a 14 per cent yearly growth over the figures of 2016-17, which was taken as the base year, for five years, ending 2021-2022.

A public fund was to be formed for the purpose to which the cess, imposed on luxury and sin goods, would be deposited and shared among the states as per the approved formula. The Council has now decided to extend the period of levying the cess beyond 2022.

It is estimated that there will be a revenue loss of Rs 2.35 lakh crores which needs to be compensated as per the Act. Of this sum, Rs 97,000 crores is calculated to be the loss due to the implementation of GST and the rest on account of the pandemic.

The Centre has suggested that it will create a special window in association with the Reserve Bank of India to help the states borrow Rs 97,000 crores at a special rate.
Alternatively, the states will be allowed to borrow the entire sum of Rs 2.35 lakh crores from the market.

While 21 states ruled by the BJP and its allies have agreed to the arrangement of the special window but 10 states, ruled by parties that are politically opposed to the NDA dispensation, have said the government must honour its commitment as per the law and compensate the state. If it has no money, then it should borrow and give the states, they hold.

The Union government’s insistence on passing on the entire burden on to the states is untenable. It’s a fact that both the Centre and the states are hard-pressed for money.
However, it must be remembered that by taking over the state’s powers on taxation with the implementation of GST, the Union government also took up the added responsibility of guiding the economy to growth and meet the developmental needs of the states since the latter are left with practically no tool to incentivise growth.

Covid-19 has broken the back of most states who find the financial and human resources in short supply. There are no immediate signs of growth, too.

The Centre has wisely chosen to distribute the GST compensation cess that has already been collected and the IGST dues to the states; it should help avoid another rebuke by the Comptroller and Auditor-General, which caught it red-handed for rerouting the cess money collected in 2017 and 2018 to the Consolidated Fund of India instead of keeping it in a separate fund.

The government must act wisely again and offer to meet its legal and moral obligation to the states when the Council meets next on October 12. Procrastination, especially on money matters, is a costly affair; any finance manager will vouch for that.