The times are fraught with tension, specially with a Chinese naval force prowling the contentious waters of the Indian Ocean region. 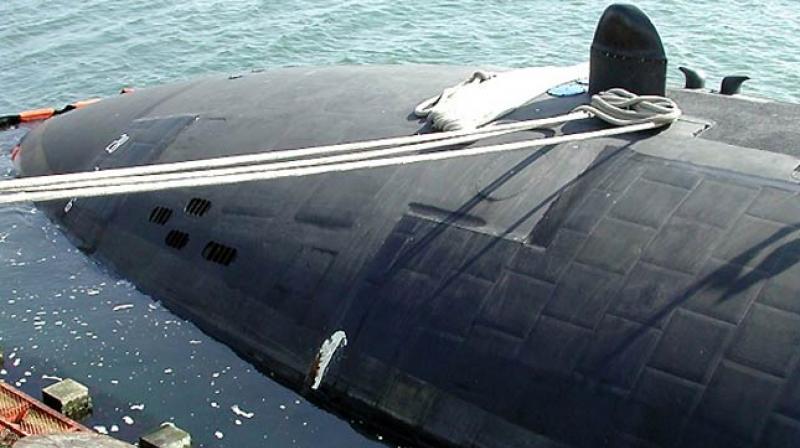 It is a historic day for India in terms of possessing a credible deterrence in a nuclear triad. As INS Arihant cruised the deep seas on its first “deterrence patrol”, fully loaded with nuclear warhead-enhanced ballistic missiles, it signalled the end of a two-decade challenge for Indian science and technology to enable the triad. What this essentially means is that even if the ground and airborne nuclear arsenal are attacked and disabled, the nation can still launch missiles from somewhere in the depths of the ocean. This helps enhance the confidence of having triple capability in the event of the country being attacked with nuclear weapons. This offers the most secure and powerful platform for retaliatory strikes, although much work remains for India to be as powerful as the Chinese submarines which can carry missiles of much longer range. Of course, there are plans for INS Arihant and more nuclear submarines to be similarly operational within the next five years or so.

Counterattacking launches are a part of India’s nuclear doctrine that stress we aren’t a “first strike” nation, unlike some prickly neighbours, which may not subscribe to the “no first-use” principle. India’s nuclear doctrine may not have been fully supported by the West, but we had ample Russian assistance in getting to where we are now. Great as the principle of deterrence is, what must be understood is the military power of preparedness comes at a very stiff price — the Arihant project is estimated to have cost Rs 90,000 crores — for the handful of nations that have kept faith in arming themselves with advanced, long-range nuclear weapons. It’s a commentary on the state of geopolitics since the end of the Second World War that such powerful deterrence is required even for nations that believe in peace and which have no ambition whatever of annexing any land that doesn’t belong to it.

Nuclear weapon-capable nations bear a huge responsibility, which is all the more reason why certain sobriety is expected in their statement of intentions. And talk of possessing a deterrence against nuclear blackmail is not designed to inspire any confidence of boosting peaceful regional ties. It is moot whether Pakistan will not arm itself with the same triad capability in the near future with Chinese help. History has seen that the neighbour had shown capacity to acquire knowhow to engineer its nuclear test 10 years after India first did in 1974. The times are fraught with tension, specially with a Chinese naval force prowling the contentious waters of the Indian Ocean region. Considering that, the fruition of India’s two-decade effort may have been well worth it. In the final analysis, nuclear deterrence is an onerous requirement, but not one to be boasted of with an in-your-face kind of confrontational attitude.