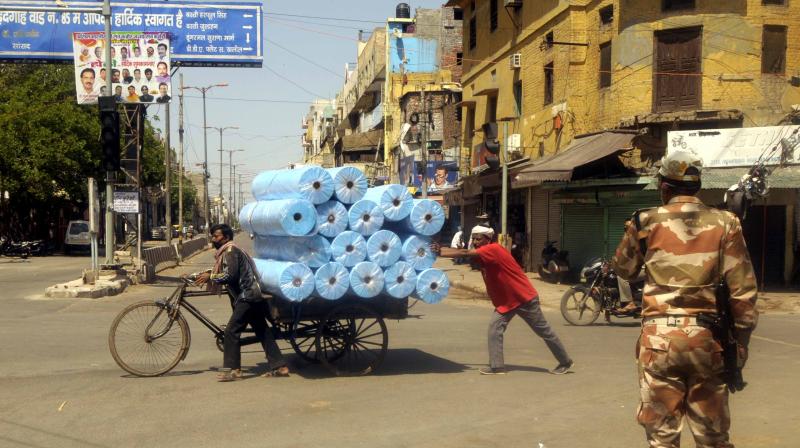 The Union government’s decision to suspend the Members of Parliament Local Area Development (MPLAD) Scheme and cut MPs' salaries by 30 per cent to raise money to fight the Covid-19 pandemic is rich in symbolism but poor in substance.

The MPLAD scheme authorises each member of the Lok Sabha and Rajya Sabha to allocate Rs 5 crore a year for development programmes in their constituencies. The money is often spent on infrastructure development though the scheme faces charges such as lack of interest on the part of MPs and money being spent on unworthy projects.

The decision to cut MPs' salaries may cater to the middle class appetite for neta-bashing but the government did not tell us how much money it will save through this measure. Information minister Prakash Javadekar said it’s not about the money but the message it sends to the country.

On that count, the prime minister has already made his countrymen perform two tasks — clap their hands and light lamps — to send a message to the nation about the resolve to fight the Covid-19 virus. The government must now stop sending messages and instead start sending more testing kits to the hotspots, more money to the states, personal protection equipment to healthcare workers, ventilators and medicines to hospitals and medicines for patients. It must also come up with an action plan on using the remaining period of the lockdown and its staggered lifting.

It is also time the government addressed the issues plaguing the economy, which is at a standstill. The efficacy of the MPLAD scheme may be suspect but it would have proved an effective channel to ensure that every part of the nation gets some funds to fight the virus by restricting it use to just this specific purpose. The central takeover of the scheme has nipped that option. It’s time for substantive action; tokenism can wait.