The police can, of course, impose reasonable restrictions, of which the people of J&K and the media there have quite a clear idea 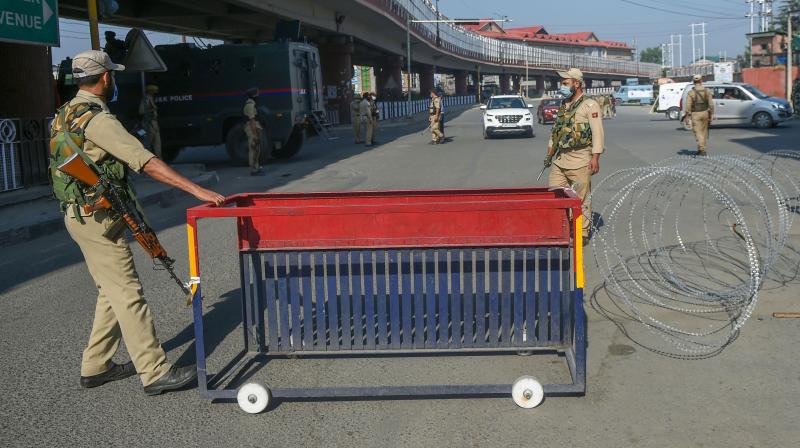 The J&K media, which has been walking on the razor’s edge for the last several decades, has already registered their strong protest against the new fiat. (Representational Photo: PTI)

The order of the Jammu and Kashmir police banning live coverage of encounters between the security forces and separatist militants and of “law and order situations”, and the subsequent direction to senior police officers to take legal action in such situations, call for clarification by the governments in the Union territory and at the Centre.  This has become all the more important since the police officer who issued the directive has quoted the constitutional rights of freedom of speech and expression, and life. The J&K media, which has been walking on the razor’s edge for the last several decades, has already registered their strong protest against the new fiat.

The police are stating the obvious when it says it cannot allow live coverage of encounters; nobody has even a case that it should be allowed undermining the very operation the security agencies undertake. The police are right when it invokes Article 21 and says the right to life of men in uniform has to be protected. But how far is it justified when it talks of a media ban in “law and order situations” by which it obviously refers to the protests of the ordinary citizens that erupt in the streets of the Union territory? The same Indian Constitution gives the people the right to speech and expression, which is enjoyed by every citizen, not just journalists. They put that right to use when they protest; the journalists use the same right when they report it. The police can, of course, impose reasonable restrictions, of which the people of Jammu and Kashmir and the media there have quite a clear idea. The protection of basic rights of the citizens is as much the job of the state as the protection of the rights of the security agencies. The state just cannot barter one for the other.