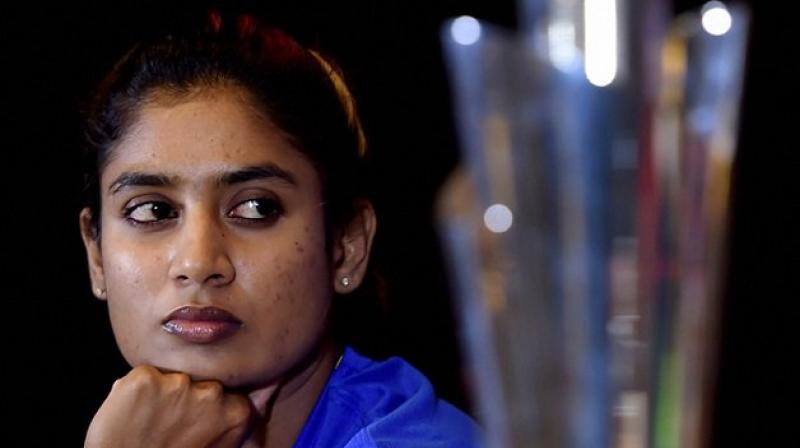 BCCI taking over the women’s game has invested it with resources but one would hope that Mithali and her cricketing colleagues would get greater opportunities to follow their passion. (Photo:Twitter)

Not without good reason was she nicknamed “Lady Tendulkar”. The batswoman of the Indian women’s cricket team Mitahli Raj has displayed a similar appetite for scoring. She has even beaten the master batsman for defying age at the batting crease by playing on into her 39th year and outscoring the batswomen of the world in accumulating 10,337 international runs across the three formats and overtaking England’s Charlotte Edwards. Making her international debut in 1999  at the tender age of 16 much like Sachin who she idolised, Mithali has stayed the course while overcoming the vicissitudes and not without suffering the personality politics that sport invariably wallows in.

Once accused of putting self before team and slow scoring not in tune with collective priorities while being dropped down the batting order in wT20is from her regular opener’s slot, Mithali announced her retirement from the shortest format but went on to conquer peaks in Tests and ODIs. Her brushes with the current coach and team mates may have marked a sordid chapter in the history of women’s cricket in India, which for long has been the ultimate amateur sport to play which cricketers of the fairer sex have had to make several sacrifices. To her credit, she made up with everyone and even today captains the Test and ODI teams to try and fulfil the highest team ambitions.

An opening “batter”, to use the preferred unisex modern day term they borrowed from baseball, Mithali has an orthodox style and prefers to play in the classic V while showing a penchant for quick scoring by using her skills and power to play to the onside. It is only lately that women cricketers of India have received due recognition in decent match fees, annual contracts and training and travel commensurate with their efforts though their overall treatment may be far below what true gender equality might entail. BCCI taking over the women’s game has invested it with resources but one would hope that Mithali and her cricketing colleagues would get greater opportunities to follow their passion.