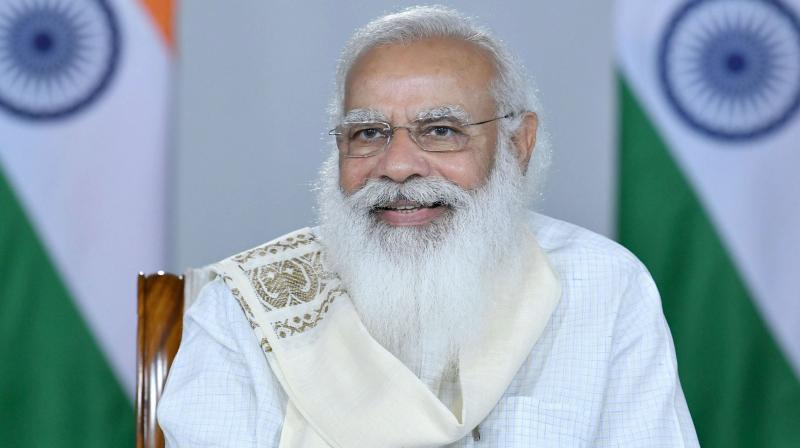 Prime Minister Narendra Modi shuffled his pack of ministers in so extensive a fashion on Wednesday that the exercise does not fit under the commonplace rubric of a “cabinet reshuffle”. The extensive changes, not seen in years, seemed a thoroughly pre-meditated affair.

The PM’s consultations with the ruling party’s organisational leadership, as well as consequential colleagues such as home minister Amit Shah, on likely changes to be made to the Union council of ministers, had been on for many weeks. Looking at the wide-ranging changes made, the confabulations indicate that political considerations linked to elections were the paramount criteria.

The thrusting of a thoroughly deserving Ashwini Vaishnaw, a former IAS officer with a distinguished quality higher education and experience as a senior corporate professional as well as entrepreneur, into the Union cabinet although he joined the BJP only two years ago, can only be called a happy happenstance.
Not too much by way of political messaging need be read into this. For the sake of the country, this minister entrusted with key portfolios, will perform well. But we should be cautioned that there is no direct correlation between high-grade education and success as a minister even in the case of those with experience of administration, as is the case with Mr Vaishnaw.

If Mr Vaishnaw’s case is a fluke, the case of urban affairs minister Hardeep Singh Puri is one of deserved promotion to cabinet status. Mr Puri is energetic, articulate, and politically combative principally with those that the PM likes to combat with — namely, ear-marked Opposition leaders. He has taken on the Central Vista project, of which the PM is deeply enamoured, with a rare passion at the risk of flying in the face of the considered view of a wide array of professional experts. That has evidently stood him in good stead in addition to his other qualities.

It has been widely observed that there is not much intellectual and political talent in the pool of BJP MPs from which the PM has to draw his ministers. Therefore, no tears are expected to be shed for those who were shown the door, though the shunting out of a few high-profile individuals such as Ravishankar Prasad and Prakash Javadekar, besides Harsh Vardhan, appears intriguing. Equally intriguing to some is the continuation of some in the cabinet committee on security (ministers of home, defence, finance and foreign affairs).

It is perhaps fair to say that in so centralised a government as the one which Mr Modi presides over, all except the most routine decisions are taken at the apex level. From that angle, ministers are generally chosen — or dropped — for considerations relating to social constituencies and likely electoral value in future polls.

Important state elections are due in early 2022 and 2023 and the Lok Sabha poll in 2024. There is not much time left to refurbish with the help of caste or regional groupings, especially since the pandemic has left behind a trail of devastation, the economy was bleeding even before Covid-19 struck in March 2022, and the Chinese Army invaded into a part of India.

Thus, the PM has placed additional emphasis on OBC, dalit and tribal communities in different states, especially UP, Gujarat and Bihar, and noticeably lessened the representation of individuals of the so-called upper castes. This in part may explain the cases of Mr Prasad and Mr Javadekar.

Before the pandemic, the Modi dispensation had bent its energy in unproductive, ideological directions through issues such as CAA and triple talaq, raising the storm in Kashmir, and mishandling key economic decision. With polls looming, the changes in the Union council of ministers at least serves as new optics.