School detentions: Who will it benefit?

We need a major change of perspective to understand the need for vocational training for those who may prefer a quicker path to a job. 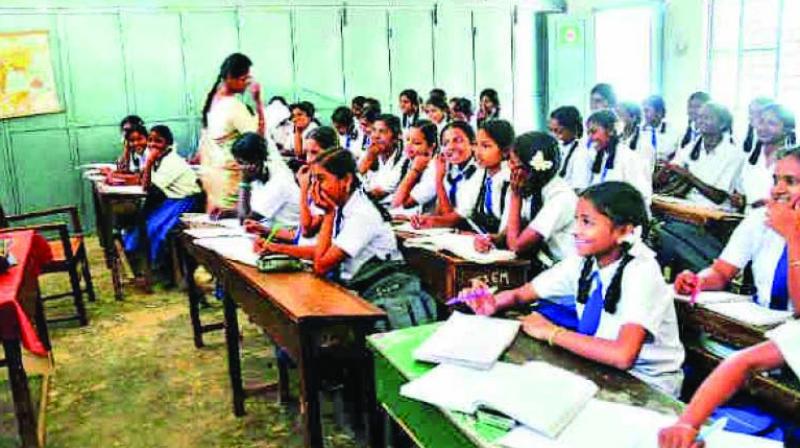 The debate on issues like the school curriculum and teaching methods has been on long enough without any concrete new system in sight.

In theory, the reversal of the “no-detention” policy for Classes 5 to 8 may lead to higher standards, but the risks-to-benefits ratio involved in this drastic change isn’t very clear. Where the system of testing young students in formal exams may be undermined is in the dropout rate, that could rise from 2010 levels and negate the principle of the right of children to free and compulsory education up to the secondary level. If the idea is to separate the wheat from the chaff, the question remains — what to do with those who may leave school and head straight into the child labour market?

Given the social implications of children dropping out due to a harsh detention policy, it would appear the clear alternative is to focus on giving below-average learners lessons in skill sets that may prepare them for industry jobs. But this is something we haven’t excelled in as a nation. Not even engineers graduating from average colleges are regarded as employable by industry, which in India has always borne the responsibility of training its recruits. Where China scores is in fast-tracking the teaching of skills to train students for specific jobs. It spent years catching up with the rest of the world on its way to becoming the so-called factory of the world.

There’s nothing like giving every child an equal chance to shine in academics at school, and then allow him/her to take life’s lottery in higher education. The difficulties arise only for those who may not be able to continue studies; and here community colleges that teach craft than pure academics can play a bigger role. Skilling is a parallel education path that more industrialised nations have set up. We need a major change of perspective to understand the need for vocational training for those who may prefer a quicker path to a job. To enable some to take it up at an earlier stage is a challenge we haven’t even begun to tackle.

The debate on issues like the school curriculum and teaching methods has been on long enough without any concrete new system in sight. While literacy is a basic human right and all must be given a chance to leave poverty well behind, not everyone in the vast student population of a nation growing younger by the day will be a Nobel Prize aspirant. “Where are the jobs?” a high court judge asked recently, when told that four lakh teachers would be trained in Tamil Nadu by the end of 2018. Predicting outcomes has become a scary business in a land of burgeoning population, but it’s clear more has to be done to teach skills so students can also become skilled workers if they desire for career and life security.