Exit polls should please the Congress

In Mizoram, the regional MNF seems ahead of the two-time incumbent Congress, with the BJP being a minor presence. 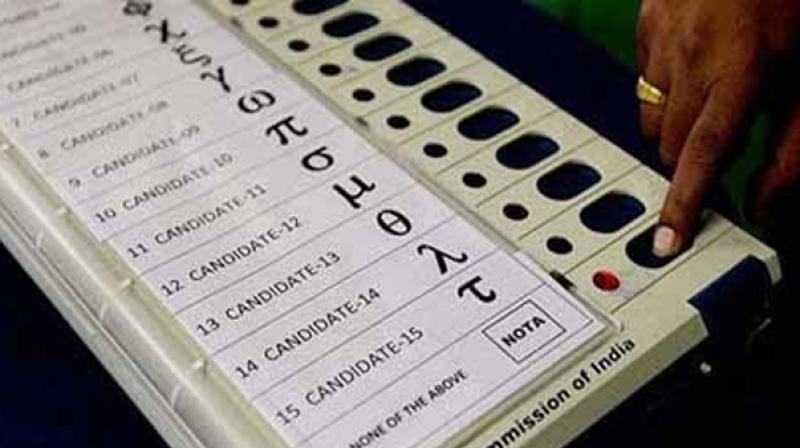 Since exit polls reflect the voters’ mood on the basis of interviews after ballots are cast, they do offer some basis for analysis. (Representational image)

Until not so long ago results of exit polls were deemed unrealistic. Polling techniques have improved since, and sample sizes have grown bigger. On that basis, in the just ended elections to five states — including the crucial Hindi heartland states of Rajasthan, Madhya Pradesh and Chhattisgarh, besides Telangana and Mizoram — the Congress has reason to be optimistic and the BJP cause for introspection.

And yet, these polls need to be treated with caution. In their projections pollsters tend to be cautious and do not always let the full force of the raw data speak. They often make allowances of certain kinds on account of political sensitivities of influential forces. Sometimes commercial considerations may also play a part.

In light of this it is surprising that all the polls conducted at the end of the voting on Friday speak of a clear Congress victory in Rajasthan, which saw a practically bipolar contest between the ruling BJP and the challenger Congress. A nearly straightforward fight between two parties makes it statistically less cumbersome to analyse. In Telangana too, most pollsters predict a clear victory for the ruling TRS, the state’s ruling party, although there are more than two parties in the fray here.

In Madhya Pradesh and Chhattisgarh, most polls suggest that the race could be close but the Congress appears to be in with a chance. Madhya Pradesh was a bipolar affair for the most part between the ruling BJP and the Congress, and in Chhattisgarh there was a minor complication in the shape of the Ajit Jogi-Mayawati combination in an otherwise bipolar race. In Mizoram, the regional MNF seems ahead of the two-time incumbent Congress, with the BJP being a minor presence.

Since exit polls reflect the voters’ mood on the basis of interviews after ballots are cast, they do offer some basis for analysis. However, the post-voting surveys are not concerned with the behaviour of electronic voting machines (EVMs), whether on account of foul play or genuine glitches. This creates room for a caveat as far as the pollsters’ efforts go.

In Madhya Pradesh, for instance, videos were going around of transport vehicles without number plates carrying EVMs after the voting to a hotel owned by a BJP minister. This gave ground for suspicion. While this particular case was detected, we do not know if there were other similar instances that went undetected in Madhya Pradesh or other states.

If exit polls are on the mark, the political meaning is evident — that the BJP will face a genuine challenge from the Congress in the 2019 Lok Sabha election. The TINA factor (“there is no alternative” to the BJP) has been overcome.