The terrible injustice meted out to India’s guest workers

They chose to walk home as they had no job, food, shelter or money; there was no government to attend to their basic needs either 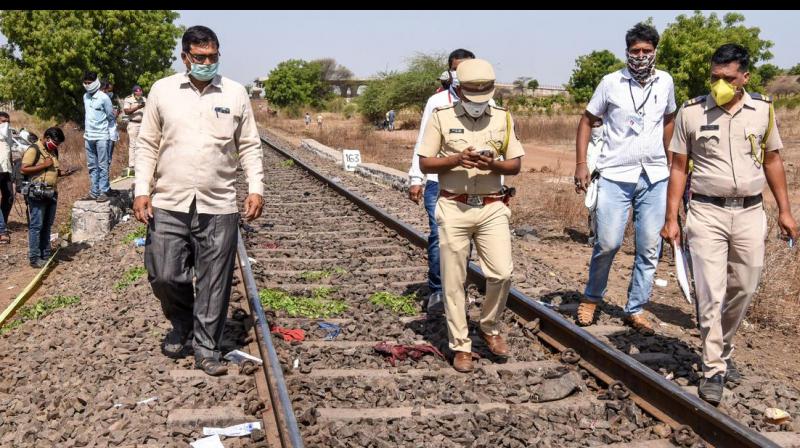 Police personnel along with officials walk on a rail track as they check the site following a train accident in Aurangabad district on Friday.(AFP)

The driver of the goods train that run over 16 migrant workers in Aurangabad on Friday may not have been able to stop the locomotive when he sighted them but their smashed bodies must make the mighty Indian state stop in its tracks and re-work the way it deals with a group which plays a major role in running its economy.

The ill-fated men had walked 45 km from Jalna to Aurangabad on their way to Bhusawal in Madhya Pradesh, another 120 km away, before they, exhausted, fell asleep on the rails on which they were walking.

They were among the millions who were stranded when the nation went into a lockdown on March 24. They chose to walk home as they had no job, food, shelter or money; there was no government to attend to their basic needs either.

It could be a cruel paradox that they were killed on a day when reports said chief ministers of several states contacted their counterpart in Uttar Pradesh, which is a major source of migrant labour, with a plea that that he use his good offices to persuade them to stay back and that their administrations would ensure their well-being.

The sudden show of concern had its origin not in the love for the labour but in the crude realisation that their construction sites, medium and small scale enterprises, farm lands and shops and restaurants will not return to business without them. In fact the migrant labourers enable two economies to run: one in their place of employment and one back home.

Their absence at work will kill both. They are today no more a baggage to be carried with remorse and disdain; but an asset that keeps the show on.
It is sad that it took a pandemic and a lockdown for people to recognise the role of the migrant labourers, which conservative assessments put at four crores; the number will be three-fold if the seasonal agricultural migrant labourers are also taken into account.

Given that the total workforce in the country is about 51 crores, this is a large enough a force to be identified by the governments before a tragedy struck. It’s not that we do not have a legal framework to protect their interests.

The Inter-State Migrant Workmen (Regulation of Employment and Conditions of Service) Act, 1979, enacted four decades ago by the Janata Party government, was quite comprehensive in its nature but its implementation has been tardy as in the case of most pieces of legislation meant for the welfare of the people at the lowest rung.

One hopes that the Dr C.V. Ananda Bose Commission, which the Union government appointed last week to study the issues plaguing the segment into the issues of migrant labour, comes up with a comprehensive report which will force society, and the government, take a relook at the way we treat one of the pillars of our economy. The government must also fix accountability for the spilt blood from the top to the bottom and ensure that there is no repeat of the same.