For govt & Opp, RS poll to be a show of strength

Unfortunately, there is no unanimity among the members of the Rajya Sabha in finding the next deputy chairman, and an election looks inevitable. 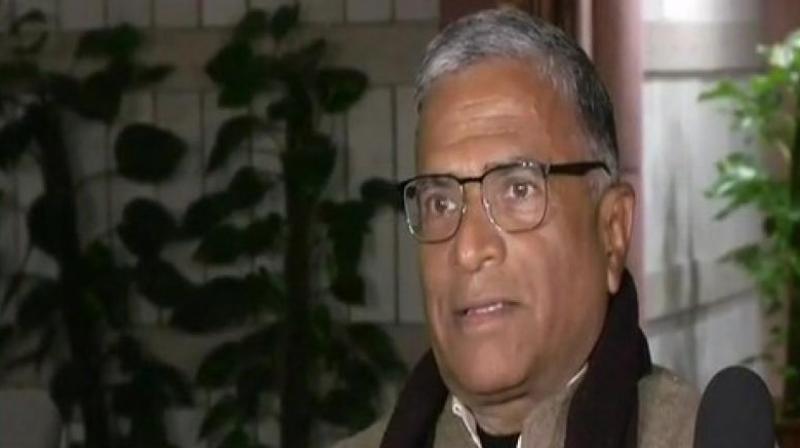 If things go right for it, the BJP-led NDA will probably be in a position to have its way in the election of the deputy chairman of the Rajya Sabha. In that event the ruling combine would hope that some key non-NDA and non- UPA parties — such as the AIADMK, Biju Janata Dal and TRS — will eventually place themselves as a part of the political dynamics convenient to the BJP for the next Lok Sabha polls. However, it is by no means certain how these parties will eventually vote. The BJP also can’t be sure of its ally Shiv Sena.

The time-honoured convention, of course, has been for the deputy chairman’s post to go to the Opposition since the Chairman of the Upper House is the vice-president, in whose election the ruling party has a decisive say. But this can happen only if the party in power adheres to convention.

In this case that has turned out not to be the case. This strengthens the sense that the present establishment is not one to follow past conventions. For it, the accretion of power is symbolised by as many positions as it can come to control. This isn’t ideal in a democratic order which, in the final analysis, rests on the willing cooperation of people and of parties, including those in the Opposition, no matter how overwhelmingly strong the ruling party’s parliamentary numbers might be.

Indeed, a ruling party that is solicitous of the Opposition’s concerns typically finds it easier to pilot legislation through Parliament as a climate of respectful negotiation exists.

Unfortunately, there is no unanimity among the members of the Rajya Sabha in finding the next deputy chairman, and an election looks inevitable. Once the BJP let it be known that it will back Harivansh Narain Singh of the JD(U), the anti-BJP Opposition parties swung into action and have agreed on fielding B.K. Hariprasad of the Congress. This is the bloc of the Congress and its existing or potential allies for the parliamentary elections next year. Thus, the decision of the BJP not to cede the deputy chairman’s post to its opponents has become yet another opportunity for the Opposition parties to try and cement their political association.

Since the system of party whips won’t apply in this election, due on Thursday, some effort is likely to be directed by both camps to try and get cross-voting to occur. It will also be interesting to see if the BJP and Congress ranks themselves crack. All things considered, the election for the deputy chairmanship will reveal the future lineup for the Lok Sabha polls more than any other political events so far. That will have an impact on the election campaign in different states as the larger political battle looms ahead.