In an illogical move that could be politically suicidal, the state CM decided such a burial could not be allowed for a former CM. 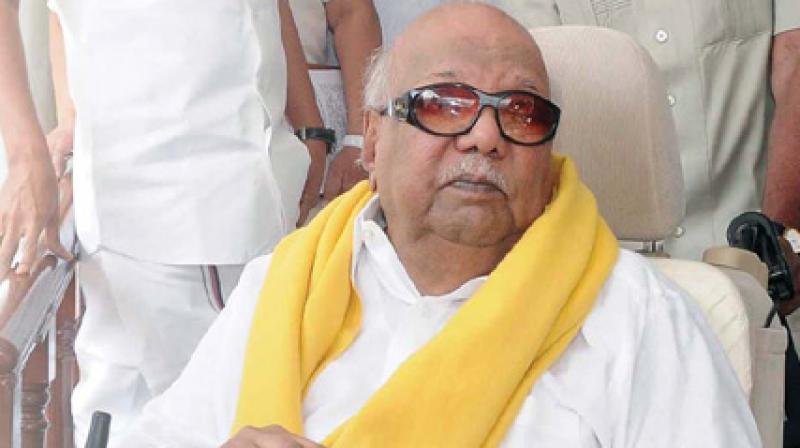 DMK patriarch M. Karunanidhi, Tamil Nadu’s five-time CM, was laid to rest at his rightful place beside mentor C.N. Annadurai on Chennai’s Marina Beach. In an illogical move that could be politically suicidal, the state CM decided such a burial could not be allowed for a former CM. The Madras high court had to step in to direct that Karunanidhi could indeed join Annadurai, MGR and Jayalalithaa on the famous beachfront stretch, where celebrated leaders of the Dravidian movement who went on to rule the state lie at rest. The specious reasoning at the court hearing showed how a narrow political decision was taken to deny Anna’s political legacy to the DMK, although Anna was equally an icon to both Dravidian parties.

It wasn’t the fear of reprisals by a huge DMK cadre that guided the decision on the burial. Mainly, the head of government should have gracefully allowed the burial as he’s well aware of the history by which the last rites of Dravidian icons were performed on Marina, while memorials for Congress CMs like Rajaji and Kamaraj were built on the stretch at the fringe of Guindy national park. Given his standing as a leader of Tamils and a master political strategist much sought after to share power at the Centre by national leaders, Karunanidhi should’ve been granted the honour spontaneously. Chief minister Edapaddi Palaniswamy may regret his move, which showed pettiness. The Marina burial isn’t so much a political victory as an act sanctioned by the Dravidian movement’s history, that rewrote the politics of Tamil Nadu and Tamils. The CM should have seen what was just and right.