For Indian sportspersons, who enjoyed their best-ever CWG, the Games may have been a starting point for greater achievements 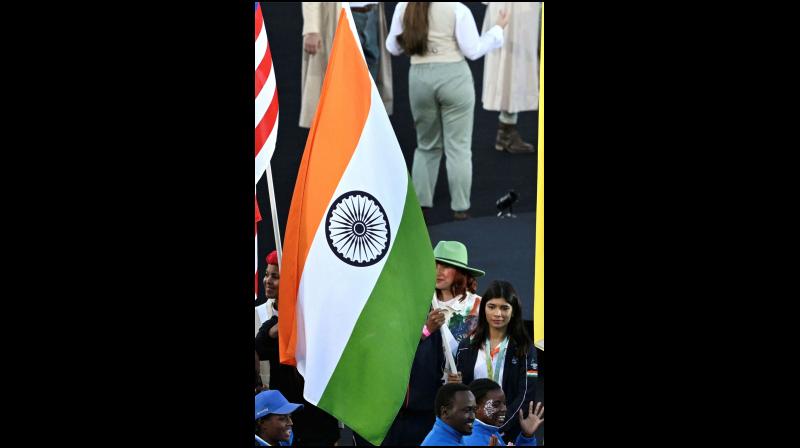 “Sport is just the beginning” was the motto the host city Birmingham chose for the Commonwealth Games. For Indian sportspersons, who enjoyed their best-ever CWG, the Games may have been a starting point for greater achievements on the global stage. The winning of eight medals in track and field among 61 medals illustrates the point best about Birmingham representing a seminal moment for Indians in sport.

Well-established strengths in disciplines like wrestling, weightlifting, boxing and badminton may have added heft to the medals tally. Indians excelled beyond those arenas, including surprising medals in the team lawn bowls in which the women struck gold and the men silver and in the 3,000m steeplechase in which Avinash Sable became the first non-Kenyan to win a medal (silver) in about three decades.

Indian sport may have left behind for good the days of yore when the clock and the measuring tape would be occasionally fixed for an athlete to make the grade just to compete in global events while also opening up a passage to jamborees for officials and coaches. Today’s Indian athlete is more of an evolved professional who gets systemic support in training and major financial incentives for winning medals.

It may be an aberration that one of the athletes who won a medal had to go to court to establish his right to represent India in Birmingham. The Indian contingent delivered a clutch of medals commensurate with its size, some won sensationally and others coming on expected lines, like from a reputed performer like shuttler P.V. Sindhu and the young and dashing talent in Lakshya Sen who won a major title with such ease as to promise many more.

A remarkable one-two for India in the triple jump through Eldhose Paul and Abdulla Aboobacker provided a fascinating moment that opens up possibilities for Indian athletes at main stadiums hosting track and field. Of course, the competition at the CWG is not of the same qualitative standards as it can be in the Asian Games of 2023 in which the Chinese powerhouse will be featured and at the Olympics in Paris in 2024 when the best in the world will be competing.

The women’s cricket team may have fluffed its lines when it seemed capable of chasing the target in the final set by the best performing team of the era in the Australians. The men’s hockey team may have run out of steam against the gold and green colours from Down Under. But the feature of Indians at the CWG was the effort that all the athletes put in, many of them recording their personal bests even if they were out of the medal hunt.

It used to be said of Indian sportspersons that they lacked the will to win, commonly referred to in sporting parlance as “killer instinct”. That is not true anymore as many athletes are displaying the tenacity they may have developed in having come through from tough backgrounds in life and going on to do well in arenas far beyond the cricket grounds.

The 61 medal winners may have their own stories of sacrifice and triumph to tell. None more so than the paddler Sharath Kamal who defied age to win an astonishing string of gold medals numbering more than what the teams of many of the 72 competing nations won. Collectively, this was a great effort that confirms Indian athletes are no longer just also-rans.