The question is how long these champions will defy time to stretch their unsurpassed feats. 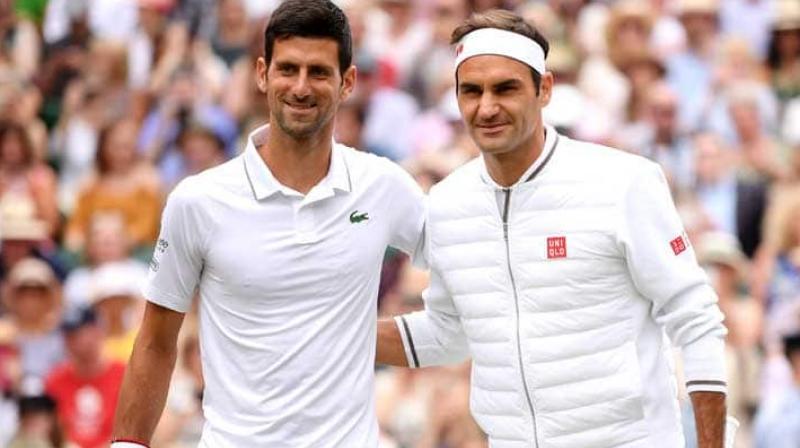 It was believed age cannot wither him nor custom stale his infinite variety, particularly his dulcet backhand that defied power play in tennis. Such imagery of his defying age is not wishful thinking yet, but Roger Federer is beginning to find Grand Slams beyond his reach as the game is flooding with fresh talent. It was only an injury to his back and shoulder that saw Federer depart the US Open, much as his Wimbledon conqueror in a memorable duel, Novak Djokovic, pulled out too. Young Indian Sumit Nagal was thrilled to take a set off the legend. Having dominated the men's Grand Slams to the extent of monopolising them since US Open in 2016 (Stan Wawrinka), only Rafael Nadal was left of the three musketeers. Aged 33 as opposed to Federer’s 38, Nadal has been ravaged more by injury, yet still on course to beat Federer’s 20 Grand Slams. The younger Djokovic, with 16, lurks with a driven ambition to surpass them all. The question
is how long these champions will defy time to stretch their unsurpassed feats.

The breakthrough win of teenage sensation Bianca Andreescu represents yet another moment in the continuing youth versus experience saga in the distaff section where young are taking over. The first ever Canadian to win a Grand Slam may have upset the sentimental fans of the battling mother Serena Williams, stopped on the threshold of a historic 24th Grand Slam. But then Serena, 38 this month, has gone 0-4 in Grand Slam finals since returning after the birth of her daughter. And she has not even won a set in any of those finals. If the previous US Open final could be put down to a crash of temperament in her rant against an umpire, it appears Serena’s Grand Slam conquests may be a thing of the past. A generational shift is looking inevitable as tennis, accustomed to the performance of the legends, prepares to celebrate its youth.