Currently, our growth is about a billion per decade 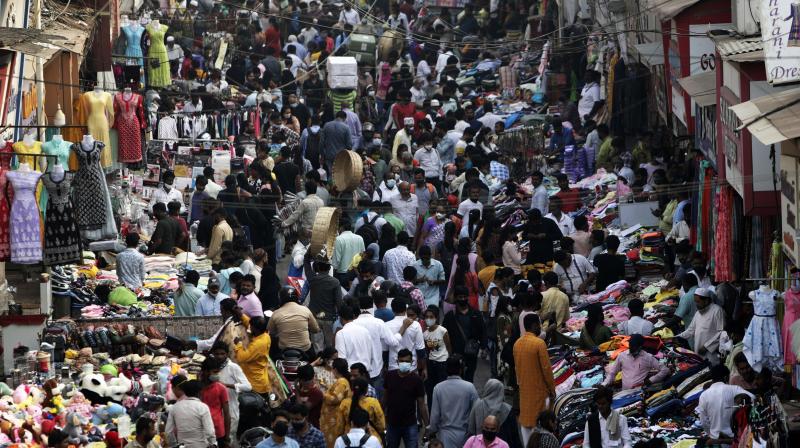 Projections put India to cross China in a year and become the world’s most populous country; and between the two, they would then share three billion people. (Photo: AP)

As the population clock ticks on unwaveringly, we, the humans of Planet Earth, will soon register a numerical high point of eight billion units, and more, in a few weeks. Most experts, including estimates of the United Nations, project that anointed day might be around November 15, or any day in the week that would follow.

We touched a billion people on this globe over 220 years ago, and became three billion humans as recently as the 1960s. Growing rapidly thereafter, we have almost doubled from four to eight billion in less than 50 years. Currently, our growth is about a billion per decade.

These projections also put India to cross China in a year and become the world’s most populous country; and between the two, they would then share three billion people. Asia, consequently, at over 4.6 billion people, is the bulk of world people.
Africa as an entire continent would remain the third biggest grouping, the youngest population on earth, and growing. It would almost match India and China, at nearly 1.4 plus billion people.

Europe at around 750 million would be third, but account for less than 10 per cent of world population, down far below from a century ago, when it was nearly a third of global population. North America at over 600 million and South America below 450 million rank below. Oceania, including Australia and New Zealand, is the smallest continental block with less than 50 million people.

But it is not all scary news of an overpopulated planet dying out for lack of resources. In fact, population growth is dipping, as are fertility rates — as a consequence of education, availability and freedom to use contraceptives, and economic betterment. Even in China, the only child policy has stuck roots and the numbers are dwindling.

The problems many countries are facing are more about reducing birth rates, increasing age and lack of human resources to manage industry and other needs. A burgeoning need for easy immigration based on economic interest and liberal values clashes with cultural and political backlashes in most places, and the will define the dynamic macro-contours of human destiny, even our century.

But the rise in humans poses many other problems, including for our planet and all other lifeforms. The planet itself is increasingly becoming warm and brings several climate events that cause destruction, havoc and disturbance to huge masses of people. Almost every other form of life on earth has suffered this irreversible and dominant growth of humans.

The response to global warming has been less impactful than desired, and slow, and political. There is no parity either with disasters striking at will in different parts of the planet. No matter who started the fire, we will all burn together.

As we hit the eight billion mark short, we can make it a rare solemn occasion, when we think of all ourselves as one race, and look around, planet-scale, and notice that we have not exactly been model citizens. Perhaps, we shall then take a few steps to correct it.