The current global crisis is an opportunity for India 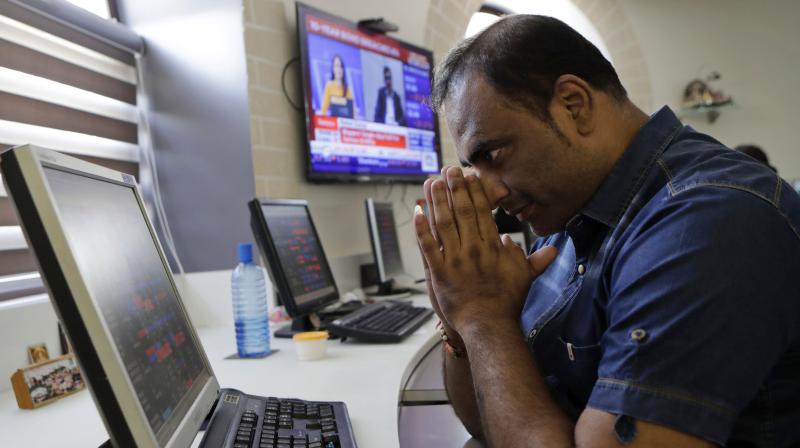 An Indian stockbroker gestures as he watches the Bombay Stock Exchange (BSE) index on a trading terminal in Mumbai, on March 9, 2020. Global stock markets and oil prices plunged Monday after a squabble among crude producers jolted investors who already were on edge about the surging costs of a virus outbreak. India's Sensex retreated 6.2 per cent to 35,255.73. (AP)

The rout in equity markets across the world indicates fluttering investor confidence, following the faster-than-expected spread of Covid-19 and Saudi Arabia’s oil price war. The mayhem was so severe that trading had to be halted at US stock market S&P 500 for 15 minutes. In one day, the crash wiped out $5 trillion (Rs 370 lakh crore)worth of wealth in the United States alone. The Sensex, in particular, saw the biggest-ever intra-day fall in absolute terms in its history. Though the Indian markets recovered partially, the day ended by making investors poorer by Rs 7 lakh crore.

The health epidemic affects economy in two ways: Firstly, its unhindered spread halts factories, thereby freezing the production. Secondly, worried people could prefer to restrict travel, even within the city, slashing the demand. Since markets are reflection of the economy, the pain in the economy would be felt on the market street, making investors nervous. However, many analysts have pointed out this pain is short-term in nature and the world would stop Covid-19. If not today, the equity markets would rebound tomorrow or a few months later.

The lasting impact of Covid-19, nevertheless, would be felt on globalisation as countries could prefer localisation after witnessing supply disruptions. Any such change in global trade and commerce would hamper India’s dreams of regaining its status as an economic superpower. If the world shuts its door on globalisation, especially when multinational companies are looking for an alternative to China, India would be the biggest loser. In fact, India should do all in its command to keep alive the concept of shared prosperity through globalisation. It should not curb the free flow of goods that the world buys from us.

While supporting globalisation, India should boost its local employment generation through investments in infrastructure and revive the economy through required reforms in government-owned companies, banking, land and labour. The recent crash in crude oil price would be a blessing for the country. Though the $30 per barrel price level may not last long, it would help India to have a positive current account balance and help the government to control fiscal deficit better.

If the government decides against passing on the benefit of lower crude oil price fully to consumer as it would be mostly a temporary phenomenon, it should use the windfall money to fund projects such as metro rail or freight corridors, which reduce dependency on imported fossil fuel. As these projects involve major construction activity, it would boost employment, revive demand for other sectors and boost consumption. Oil prices could remain subdued in the range of $60 for long time, which would help India to keep inflation in control and have an expansive monetary policy and larger deficit budgets. The government should remember that a stitch in time saves nine and now is the time to act decisively.