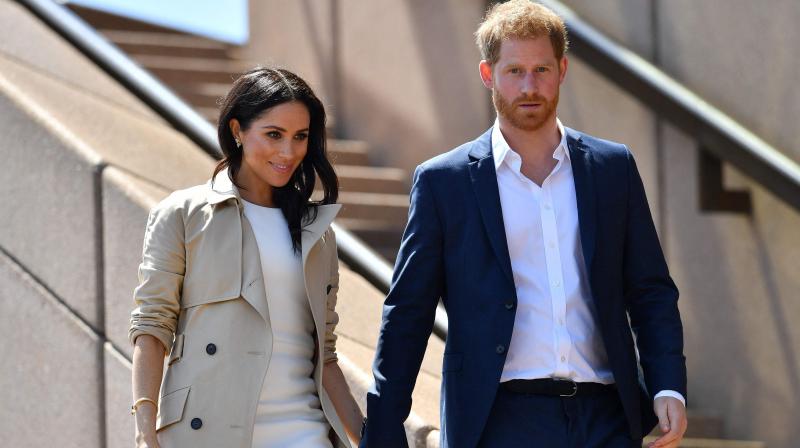 Diana and Meghan did the democratic world a favour in boldly exposing the underbelly of the royal family, which by itself is an anachronism in the modern age. (SAEED KHAN / AFP)

The world is horrified at Meghan Markle and Prince Harry's revleation that racism towards Meghan was the principal reason they fled their royal home to find freedom in California. But it should not be so because systemic racism is stark reality, more so in the world of privilege that British royalty lives in. Harry’s indictment of his own family for not fighting the racist attacks hurled at his biracial wife Meghan and his multiracial son Archie, whose skin colour was a matter of concern to the palace even before he was born, is a pointer to how institutionalised royal reticence is. A disparaging term like ‘The Firm’ may have been seen as appropriate even for an insider.

Oprah Winfrey’s skills at bringing the angst out of celebrities by playing the agony aunt may have helped smear British royalty and its stiff upper lipped ways with hate while a more defensive UK might see the story of a second sensational interview by an ex-royal after Diana’s expose on BBC in 1995 in a different perspective. His marriage may have helped liberate Harry from the trappings of power and privilege and the service Harry has rendered his family is to save it from racism though his flight to the US may be  seen in the UK as pique since Archie was denied a princely role and a place in the queue to the crown.

The alacrity with which Buckingham Palace ordered an inquiry against Meghan on charges of bullying staff comes in sharp contrast to its reluctance to probe Prince Andrew’s links to the convicted Jeffrey Epstein and his shenanigans with underage girls. This should give more grist to Republicans in Britain as well as the Commonwealth, which Queen Elizabeth II heads by virtue of her record years on the British throne. Diana and Meghan did the democratic world a favour in boldly exposing the underbelly of the royal family, which by itself is an anachronism in the modern age.