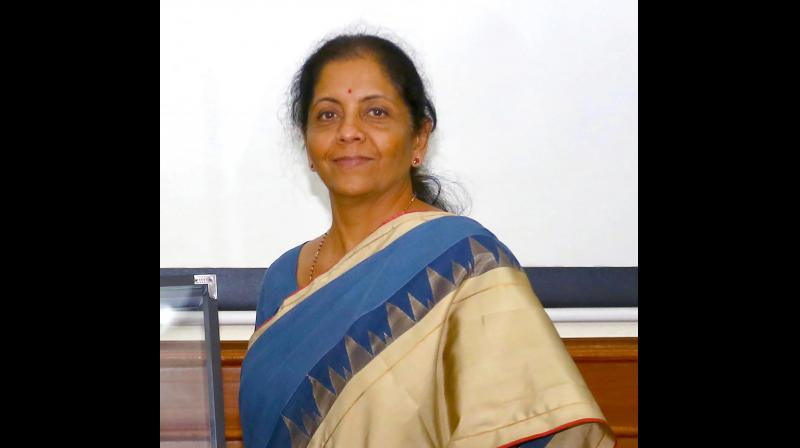 Finance minister Nirmala Sitharaman would perhaps explain that the Modi government did not move the amendment to the retrospective tax amendment as it wanted it to be proved how wrong the Mukherjee move was in terms of legality. (PTI)

There has been a sigh of relief and a sense of exultation as finance minister Nirmala Sitharaman had moved the Taxation Laws (Amendment) Bill 2021 and the Lok Sabha had passed it. Everyone felt that it was curtains at last for what is considered Pranab Mukherjee’s policy folly as finance minister in 2012, before he became President in July of that year. As Pranab Mukherjee went to Rashtrapati Bhavan, Pal-aniappan Chidambaram went back as finance minister, and he did not really hide his displeasure at Mukherjee’s stint at the finance ministry. But as member of the Congress Party and of the Manm-ohan Singh government he could not have openly criticised his predecessor though he let out enough hints of it to the media.

Mukherjee’s amendment was specifically used against Vodafone which purchased 67 per cent of the shares in the mobile services firm Hutch-Essar from Hong Kong’s Hutchison Whampoa in the Cayman Islands, a tax haven, through an intermediate company. The tax department issued a showcause notice to Vodafone. Vodafone appealed in the Bombay high court and the appeal was rejected in December 2008. The Supreme Court rejected Vodafone’s appeal against the high court in January 2009 and asked the income-tax department to determine if it had jurisdiction over the overseas transaction and said that Vodafone could challenge the income-tax department’s decision. The I-T department said in May 2010 that it had jurisdiction. Vodafone challenged it in the Bombay high court.

The case was heard in late 2010 and the judgment was delivered on January 20, 2012. It ruled that Vodafone was not liable to pay the capital gains tax as the transaction took place in foreign territory involving foreign companies. The lawyer for Vodafone argued that there was no intention to evade tax through the transaction. The amendment came on February 1, 2012. Mukherjee in his reply to the discussion on the Budget in the Lok Sabha in March 2012 had explained that India was not a tax haven nor was it a tax-free country. He clarified that he had nothing personal against Vodafone. The BJP pounced on Mukherjee’s amendment as being unreasonable and unfair. A highly placed economic pundit in the Manmohan Singh government at the time did not think the tax demand made on Vodafone was not right, but he said the timing was wrong and that it sent out the wrong message. The Narendra Modi government took seven years to move the amendment to annul the retrospective tax amendment. Finance minister Nirmala Sitharaman would perhaps explain that the Modi government did not move the amendment to the retrospective tax amendment as it wanted it to be proved how wrong the Mukherjee move was in terms of legality. This was described as a legacy issue, and it wanted the law to run its course. And like a good BJP minister, Ms Sitharaman did say that by removing the retrospective tax provision, the BJP was fulfilling its promise of not making unfair and arbitrary tax demands. But the Modi government seems to have spent large amounts of money just to score a brownie point against the Congress government as the international arbitrator in Singapore had ruled that India should share the costs with Vodafone. The government went in appeal against the arbitration, and Ms Sitharaman said that the government was contesting the issue of the sovereign right of the State to tax. Around the same the Indian government was making the tax demands, Vodafone had paid the British tax authorities 1.2 billion pounds sterling when media reports showed the company had evaded tax on 6 billion pounds when the company had invested profits in Luxembourg in 2000 and in 2009 earned 6 billion pounds. But the matter was settled in 2010 when a man, John Connors, working for the revenue and customs in the British government, had joined Vodafone and sealed the compromise.

The National Audit Office approved the deal in its report to the parliamentary committee saying that the government would have lost money if it had pursued litigation. Vodafone’s head argued that the company did not invest its profits in Luxembourg to evade taxes, but it was intended to give greater dividends to shareholders in Britain, which included pensioners.

The problem of retrospective taxation will not really end with the new amendment because the generally accepted principle behind the retrospective tax is that a transaction is carried out in a third country with the intention of tax evasion. The explanation that Vodafone offered to the British tax authorities is that by investing the profits in Luxembourg it has increased the dividends of British shareholders and this is not tax evasion. Vodafone is indeed skating on thin ice. The shareholders’ interests cannot be used as a cover of tax evasion per se. Governments anywhere, including those in India, will be forced to reckon with transnational transactions which will free corporations from paying taxes in a host country. The government cannot turn away from this corporate sleight-of-hand.

The recent consensus on the global minimum corporate tax of 15 per cent that was reached at the G-7 summit a few months ago can perhaps be seen as a solution because it is intended to marginalise tax havens by making some tax payment mandatory. India has nodded its acquiescence to the new tax arrangement, though it will take a long time before it is formalised and legislated in every country. But to think that removing retrospective taxation will bring in greater foreign investment into India is economic naivete of the sublime kind.