What stood out was the fact that the two girls were unrepentant. 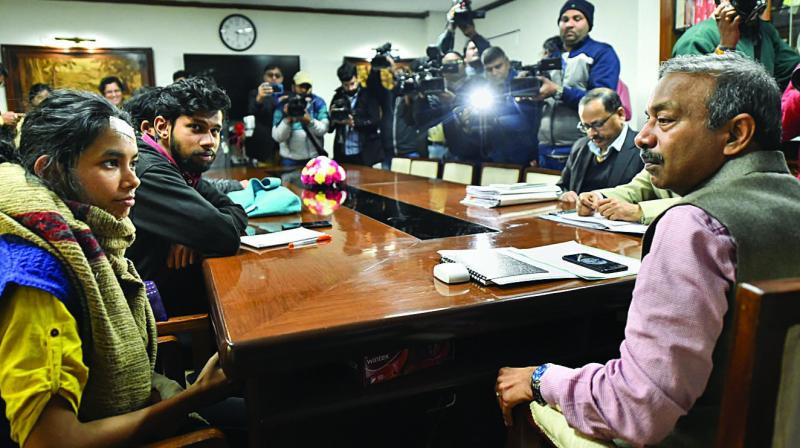 They pulled no punches. On Wednesday, while Amit Shah’s door-to-door campaign for the Delhi elections was under way in Lajpat Nagar, two young lawyers unfurled a bedsheet from their balcony containing anti-CAA slogans, and one of them called out, “Amit Shah, go home”. In a swift backlash, both were evicted from their rented residence. But the damage was done. What stood out was the fact that the two girls were unrepentant.

The girls’ newfound sense of security when confronted with sudden adversity and confidence in the face of slurs on their character (does a woman’s rudeness necessarily translate into a lack of sexual morals?) and family (who did not keep them on a leash; well, good on them!) was a statement in itself. That this statement was heard created both a social and political space denied till date to the Indian “career woman” post-Gen X. So far, she was not taken seriously by the left, unwittingly having let herself be categorised as petty bourgeoisie, and barely tolerated for her “Westernisation” by the right.

The space that they opened up belonged, too, to the Jamia girls who spiritedly stopped the police from beating up their companions and, though from a different generation, JNU student leader Aishe Ghosh’s mother whose support for her child — in contrast to Aishe’s university senior Anirban Bhattacharya’s father’s apologetic attitude — was unequivocal. As also to “celebrity” Deepika Padukone, an actress whose dress and profession are still considered out of bounds for the middle class, but who broke ranks with her ilk to challenge right-wing strong-arming and foul play. That these women refused to be browbeaten into silently being co-opted into the anomie around them perhaps helped them turn the tables, or at least the joke, on their opponents and detractors.

Is something shifting? Is integrity back in fashion? Are new values emerging out of the Indian society and, with it, new role models? Is a fledgling Indian feminist dream finally taking off?