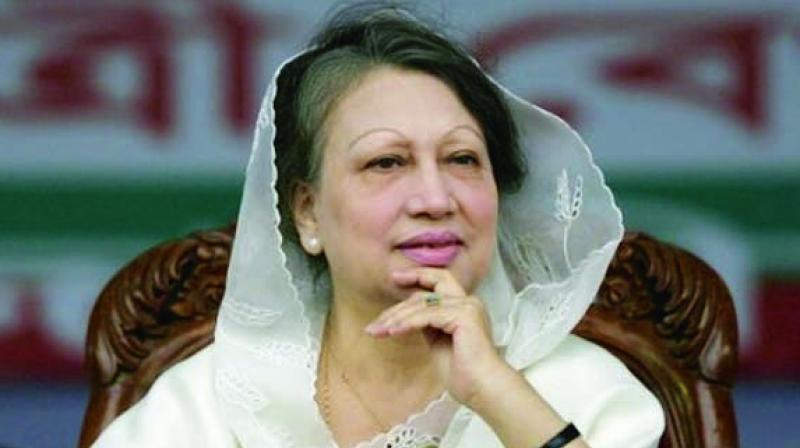 The Opposition leader Khaleda Zia, her son and others have been jailed on charges of misusing international funds donated to a charitable children’s trust. The state has been busy handling the fallout of protests by supporters of her Bangladesh National Party. Khaleda, widow of the former Bangladesh President Ziaur Rahman, became the country’s first female Prime Minister after her party was voted in at the country’s first democratic elections in 1991. Her two regimes, alternating with the ruling Awami League of her long-time rival and current Prime Minister Sheikh Hasina, have been dogged by graft charges. While Khaleda’s protestations of innocence and the charges against her being politically motivated are along expected lines, her rigorous imprisonment sentence for five years by a special Dhaka court may not be the last we have heard of on this subject of the clash between the two leading national parties of the 47-year-old nation.

The rivalry between the two Bangladeshi parties runs deep. They are diametrically opposed in ideologies, with the BNP being right wing and often accused of collaborating with Pakistan while Ms Hasina’s party is seen as more liberal and pro-India. The BNP boycotted the last general elections in 2014, since when the problems have been exacerbated and there have been contentious issues on a number of fronts including that of acts of terrorism, occasionally aimed at foreigners. Khaleda’s elder son Tarique Rahman, now resident in London, has also been sentenced, to 10 years in jail. It does appear that the BNP’s charge that the government is trying to keep the party out of politics is serious as the party does not have a command structure now that could make it stay relevant in politics. If Khaleda (72) is kept out of the elections slated for the end of the year, the situation can remain as explosive as it is now and the democratic structure of Bangladesh would be under threat.