The assassins must be caught and the nature of the crime established by proper investigation before the case is sent to the courts. 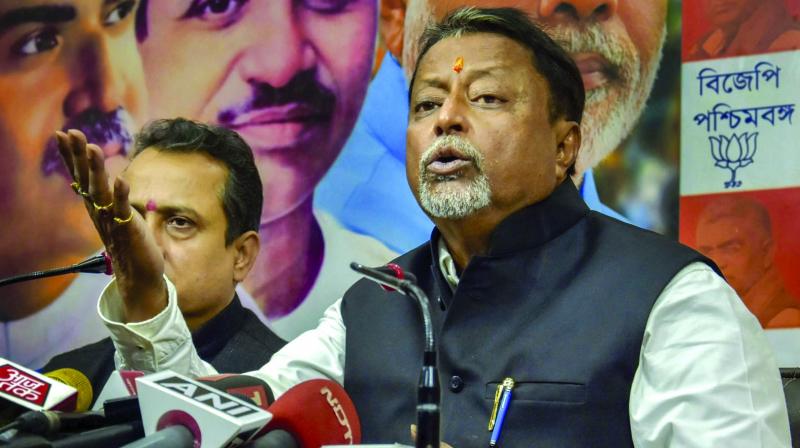 Anything that takes place in West Bengal has political overtones. The killing of a ruling party MLA in his hometown in Nadia, bordering Bangladesh, has assumed extraordinarily serious political contours with the booking of four persons, including BJP leader Mukul Roy, for the murder of Satyajit Biswas. The linking of the former TMC leader, who was a minister in the Manmohan Singh Cabinet (he moved to the BJP after falling out with TMC chief Mamata Banerjee), to the murder seems too convenient at this point, with the investigation still in its infancy. The framing of conspiracy charges can only be termed predetermined and retaliatory action, given the role Mukul Roy played in the shindig over the Kolkata police commissioner versus CBI issue. The police’s first job is to find all those who sneaked up to the MLA at a puja, while he was surrounded by his party people, and shot him from behind.

The already fraught political atmosphere, stoked by fierce anti-Centre and anti-BJP sentiments in a state whose CM openly nurses prime ministerial ambitions, isn’t going to be helped by the blame game over the killings of politicians. It’s also possible that internecine squabbles in the TMC may have led to the murder. The assassins must be caught and the nature of the crime established by proper investigation before the case is sent to the courts. The suspending of police officers and blaming the MLA’s bodyguards tend to deflect the focus. Pursuing it as a political conspiracy and blaming a prominent defector from the TMC only complicates matters as there may be little concrete to link him to a crime that took place far away.