AA Edit | Chacko exit: Is it too late for Cong to stop Kerala loss? 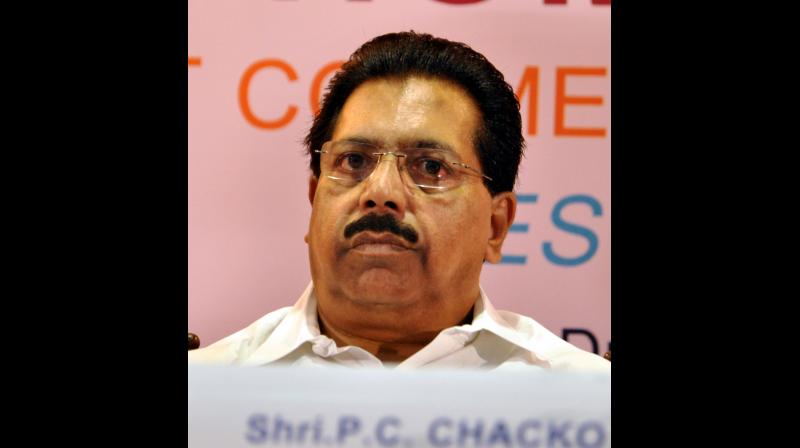 The Congress and the UDF need to device a scheme that can rival that of the LDF if they were to return to power following the four-decade-old pattern. (Photo:DC)

The parting shot of senior Congress leader P.C. Chacko that the Kerala Pradesh Congress Committee has reduced itself into a Kerala Pradesh Coordination Committee of the two groups in the local party unit and that the high command has failed to make amends to the situation reflects the disarray the party faces in the state and at the national level.

Kerala is one of the last states where the grand old party of Indian politics still commands grassroots support and has organisational machinery across levels. Factionalism has been part of its functioning for at least four decades but Mr Chacko alleges that it has now come to such a pass that only those who align with either of the groups have a future; merit and popular appeal have got a neat burial even as the party is a headed for the Assembly elections. The party high command has turned a blind eye to it even though its tallest leader now, Rahul Gandhi, represents a Kerala constituency in the Lok Sabha and is familiar with the developments in the party in the state.

The Kerala electorate has faithfully alternated between the CPI(M)-led Left Democratic Front (LDF) and the Congress-led United Democratic Front (UDF) in every Assembly election since 1980. However, the LDF goes back to the people this time around with the confidence that it will be returned to power, on the back its performance in the past five years. It pins its hope on the steps it took to ameliorate the hardships of the people in the aftermath of the back-to-back floods in 2018 and 2019, the way it fought back epidemic Nipah and pandemic Covid-19, the remarkable improvement it has made in the state’s physical infrastructure, the welcome changes it introduced in the educational and health sectors and the faithful implementation of welfare schemes.

The Congress and the UDF need to device a scheme that can rival that of the LDF if they were to return to power following the four-decade-old pattern. However, the initial indications do not point to such a well-thought-out strategy. The party’s senior-most leader in the state and two-time chief minister Oommen Chandy, whom the UDF has informally anointed as its chief ministerial candidate, has put a legislation to protect the rituals at Sabarimala, struck down by the Supreme Court as unconstitutional, at the top of the UDF agenda. The aim is to repeat the performance in the 2019 Lok Sabha election when it won 19 of the 20 seats riding on the antipathy of a sizeable section of the people against the LDF government which sided with the court’s ruling on the plea it would strengthen the state’s renaissance traditions. It is not yet clear if the attempt to play the soft-Hindutva tune unmindful of the disastrous consequences it faced in several north Indian states has the blessings of the party’s central leadership.

The Congress has of late demonstrated an unenviable ability to watch nonchalantly the sight of its bastions falling to the rivals. Kerala could be next in line, if the warnings are, as usual, left unattended.