The confirmation of the death sentence doesn’t mean the criminals will necessarily swing. 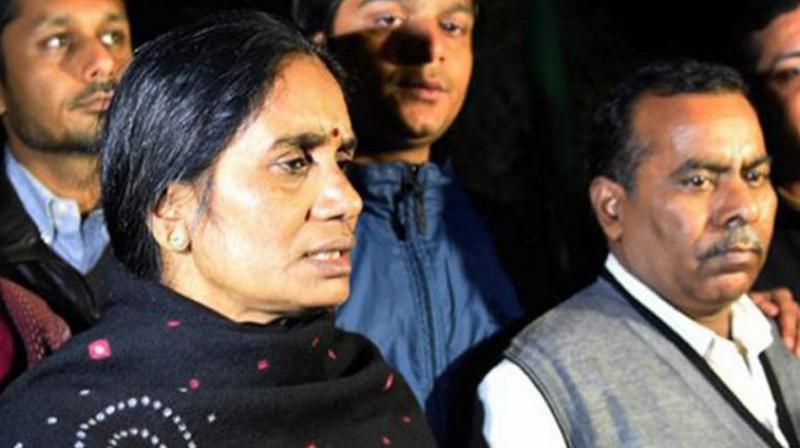 Nirbhaya's mother Asha Devi said she wants the criminals to be hanged as soon as possible. (Photo: PTI/File)

The Supreme Court on Monday rejected the appeals of the accused in the horrific Nirbhaya rape-murder in December 2012, which had shaken our collective conscience. This wasn’t unexpected, looking at the shaky evidence for the perpetrators that existed on record. Even so, the country breathes a sigh of relief. Granting the rapists and killers any quarter — even on stretched technical grounds — would have been so contrary to the idea of answering for a horrendous crime. The nature of the violent attack on the young victim, in the course of which her bodily integrity was assaulted in barbarous ways, and the malicious delight the criminals took in her slow killing in a moving bus, are of such a repugnant category that it’s hard to think true justice can ever be done in such a case. However, the Supreme Court has given us the best outcome conceivable in the circumstances.

The confirmation of the death sentence doesn’t mean the criminals will necessarily swing. Two options are still legally available — including a curative petition in the Supreme Court itself, but it’s hard to see this will click for the convicts. But there’s the presidential pardon too — and the line the President adopts will depend on the advice of the Union home ministry.

But there’s a larger world outside of the hair-raising details of the tragic Nirbhaya case, and that pertains to the status of women in the country since the brutal rape-murder of 2012. The incident caused so much turmoil in the country that criminal laws had to be changed, and the legal meaning of rape was redefined. Looking back, the question is apt to be asked: Was that for real? Has there even been a notional betterment on the question of the lives of young girls and women, especially in matters pertaining to their security?

Not a day passes when we do not hear of cases of assaults on females of all ages — from infants to those in their nineties — from all parts of the country, that can only be described as shocking. The police does not reach on time. When it does, it appears incapable of collecting evidence. And just in case that happens the way it should, the courts will fail the victim.

As we foray into the 21st century, and the words “reform” and “democracy” are on everyone’s lips, the mindset of the male in relation to the female in India seems not to have moved. Worse, the India of democratic institutions has hardly crept an inch forward on the question of women. This is especially surprising considering more and more women leave home every morning and are out in public spaces to earn a livelihood or to earn an education. Nirbhaya was one such young girl.