A lorry driver was asked to pay Rs 87,000, that may exceed his annual earnings. 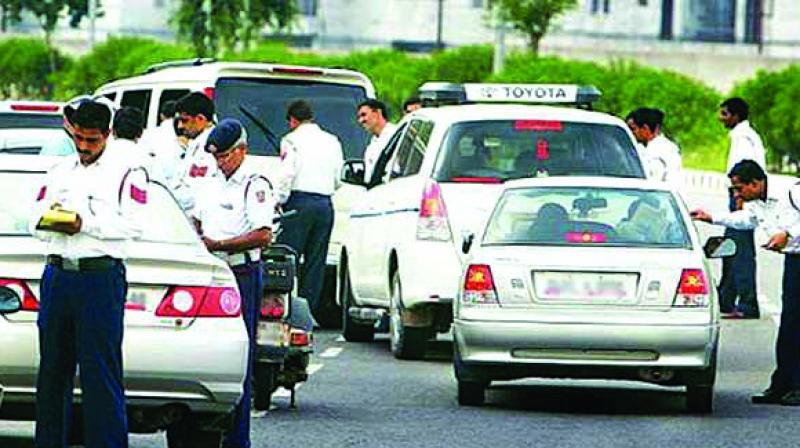 The enforcement since the new law kicked in has led to so much resentment that traffic offences could even become a poll issue.

The Motor Vehicles (Amendment) Act 2019 has been causing more than a few ripples. Strict enforcement may have even led to a fatality in Ghaziabad, where a techie reportedly died of a heart attack after a row with the traffic police. Violators of the new draconian rules, like enormous fines for even petty violations like not carrying documents/driving licences, faced ridiculously steep fines, often twice the value of the scooter. A lorry driver was asked to pay Rs 87,000, that may exceed his annual earnings.  Clerical errors led to car drivers being given challans for not wearing helmets. But it's still necessary to keep enforcing the enhanced law to instil fear in Indians, who don't blink over jumping a red light or threatening to run down pedestrians at zebra crossings.

The enforcement since the new law kicked in has led to so much resentment that traffic offences could even become a poll issue. Political parties have opposed stiff fines being levied on citizens. Eight governments have dragged their feet on enforcing the new law, and others, including BJP-run Gujarat, have reservations. The situation is such that it may not be long before the will to enforce the law weakens. On the flip side, it's said applicants are lining up for traffic police jobs as bribes are said to be rising in proportion to the steep fines. The contradictions of India are well brought as the fundamental resistance to obeying any law or rule is evident. Yet, five lakh accidents take place every year on India's roads, over 1.5 lakh people pay with their lives and several lakhs more are injured and traumatised by mishaps. Keep the MV Act with teeth, but set up an appeals procedure to weed out excesses.